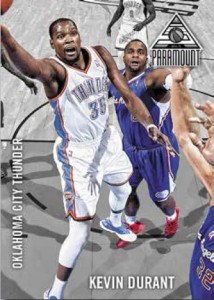 Once in a while, a trading card company will dust off an old brand and infuse it with new energy to help it generate interest from both new and experienced collectors. In the case of 2014-15 Panini Paramount Basketball from Panini America, we are being taken back a few years with name alone as it has been completely overhauled for modern tastes.

Having never been attempted for the sport, this Paramount release will offer up a nod to something that was previously part of the Pinnacle brand with as cards printed on Dufex stock along with many more exciting autograph and memorabilia concepts. Originally, Paramount fell under the banner of Pacific Trading Cards, but Panini owns the brand name and has chosen to resurrect it this season.

What else can collectors expect to find in packs? Find out after the jump. 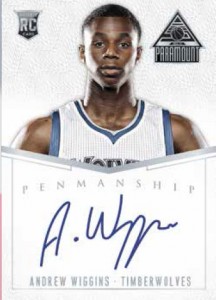 Releasing on January 7, each box of 2014-15 Panini Paramount Basketball is expected to contain nine cards and it is broken down into three autographs, one memorabilia card and five Dufex cards on average.

While a few details were presented regarding the base set in sales materials provided by Panini, they did state that there will be a “Dufex Rainbow” – which may mean a variety of parallel versions for each card. Some cards will also have variants that will fall at the longer odds of once per five-box case.

Every autograph card in the set will be signed on-card and there will be 60 different Penmanship cards featuring both rookies and legends to collect. For added value, some autographed Buyback cards will be inserted into packs as well.

One of the biggest highlights in Paramount for fans of this season’s freshman class are the Rookie Jumbo Jerseys that contain a large piece of memorabilia. There will also be Past and Present memorabilia cards along with Rookie Home and Away Jerseys. Collectors can keep their eyes open for multi-swatch Prime and Laundry Tag parallels as well. 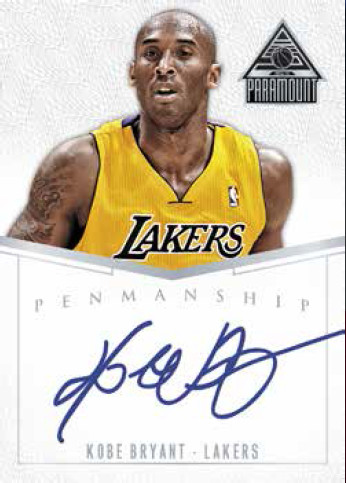 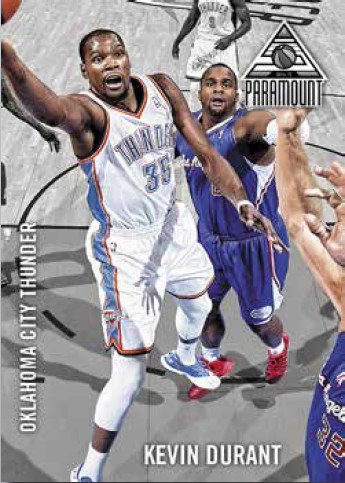 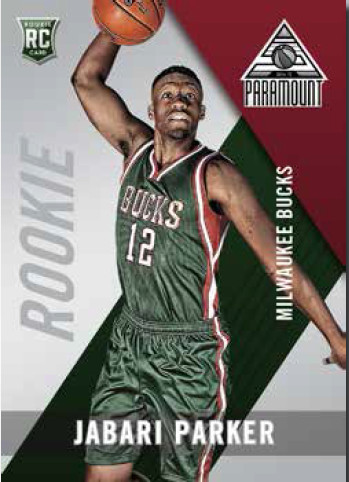 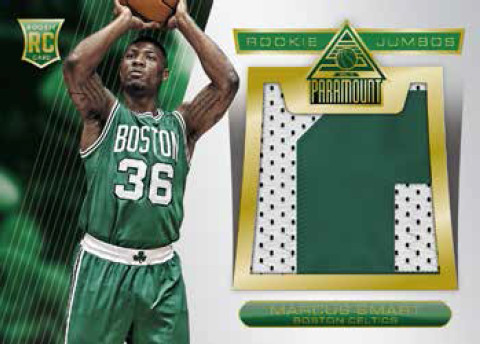 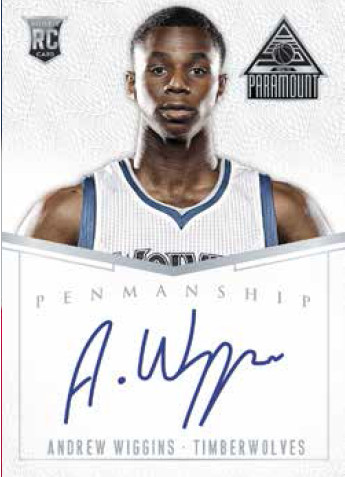