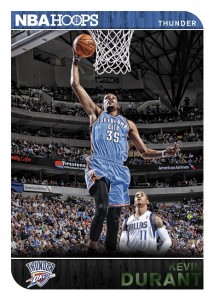 A quarter of a century ago, Basketball card collectors rejoiced when they were finally able to collect more than one set during a season and it is only fitting that 2014-15 NBA Hoops from Panini America will be kicking off the upcoming campaign.

An affordable entry-level release that is loaded with hits that even advanced collectors can appreciate, Hoops is expected to deliver two autographs and one memorabilia card in every box along with a wide array of rookies, inserts and parallels.

What else can hobbyists expect to find in packs? Find out after the jump. 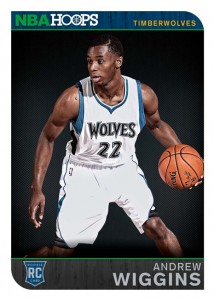 The real draw with this and other 2014-15 products is the remarkable freshman class and Hoops is the first place where collectors can pull them from packs. Falling once per pack, putting a set of them together will be a reasonable task to complete and interest will be high in such phenoms as Andrew Wiggins, Jabari Parker, Dante Exum, and Doug McDermott. 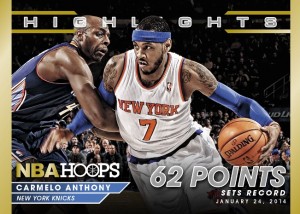 Inserts are a huge part of Hoops this season as well and the biggest chase will likely be for the Kobe’s All-Rookie Team cards that will fall once per case. There will also be an ultra-rare insert set called Highlights which looks back on some of the memorable moments from last season such as Carmelo Anthony‘s 62-point game against the Charlotte Bobcats on January 24, 2014.

Panini also added some new subject matter with the Road to the Finals set that will tell the entire story of 2013-14 postseason with coverage and photos from every single playoff game. There will also be additional cards in the set which look at members of the San Antonio Spurs.

While the company has yet to reveal any details about the memorabilia cards that will be found in Hoops, the first autograph card collection, Hoops Red Hot Signatures, was shown in sales materials and they will be limited to 25 copies each.

Finally, the base set will have several parallel versions including Gold and Green along with an Artist Proof that will be numbered to 99 copies.

Expect to see more details about this product to be leaked in the weeks leading up to its October release. 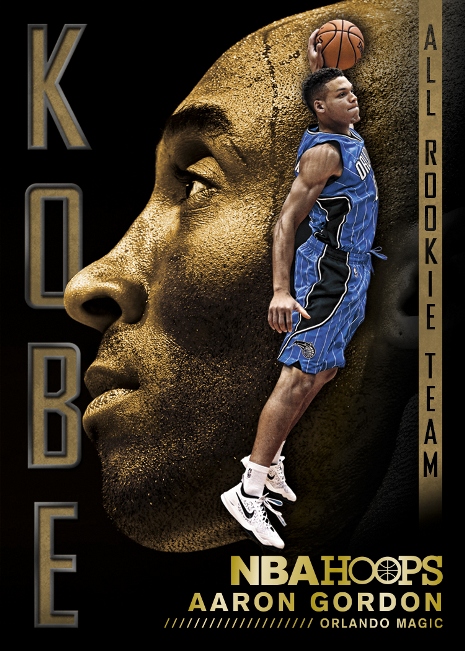 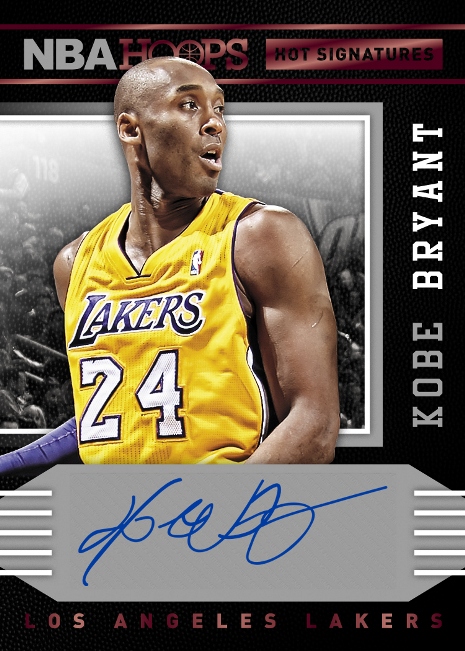 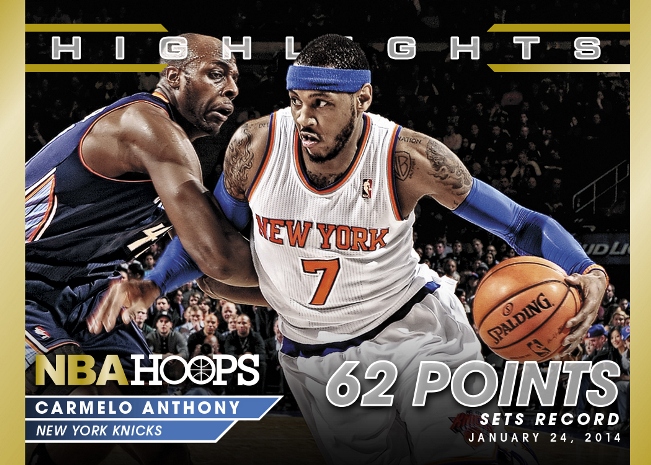 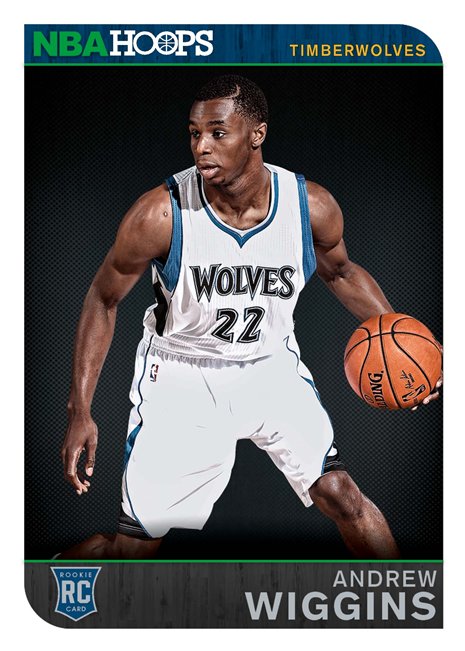 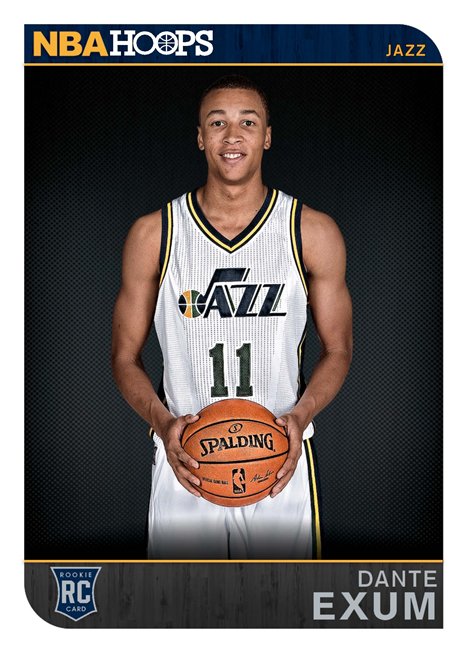 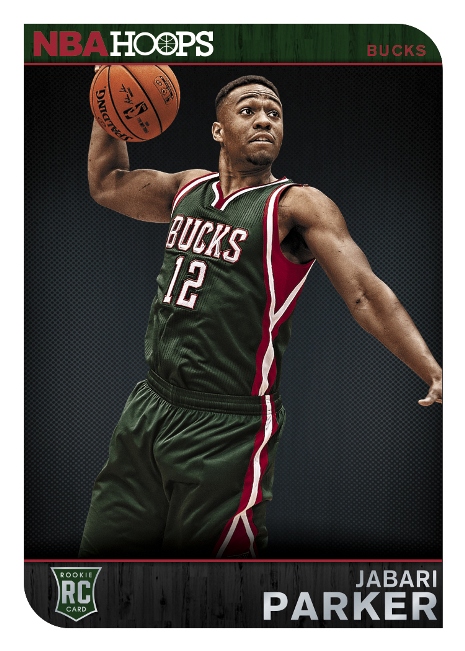 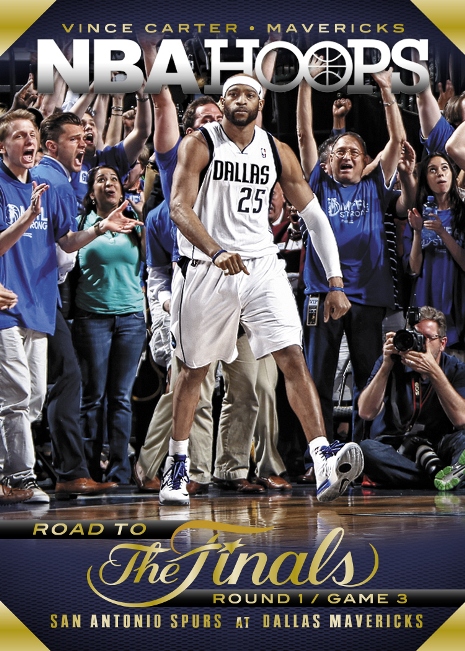 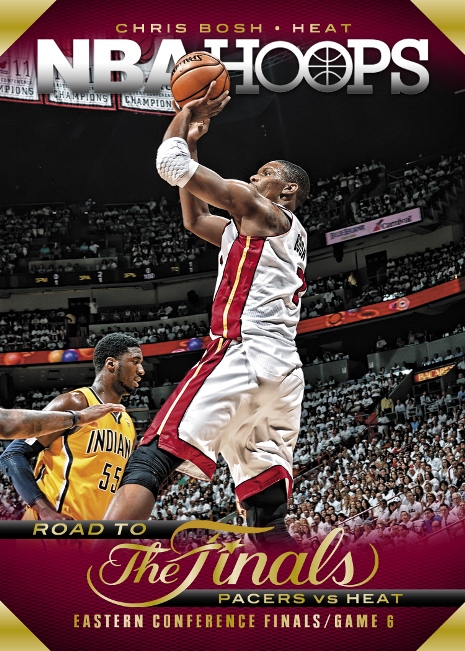 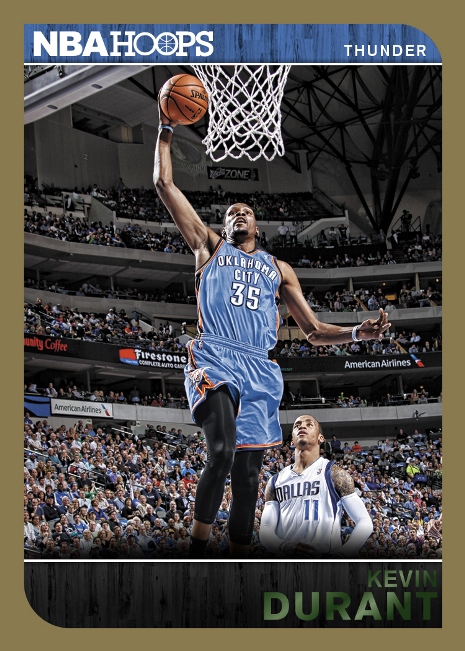 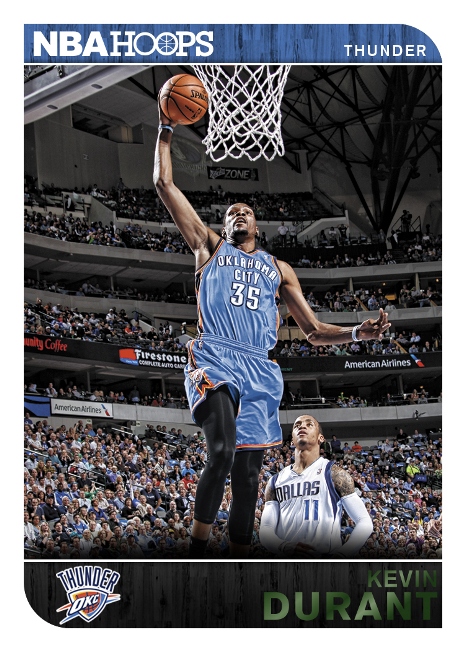