Upper Deck has used its Team Canada license throughout its products, featuring the red and white uniforms in sets such as 2012-13 SP Game Used.

Rather than mix the Team Canada cards into other sets, the card manufacturer has decided to build a set around one of the best national teams in the country. In August, collectors will get a 2013 Upper Deck Team Canada Hockey set – that could only be found in Canada.

Each box will contain 24 packs with five cards in each pack. There will also be at least two autographs in every box featuring about 200 current and former member of Team Canada. Players collectors can expect to find include Wayne Gretzky, Sidney Crosby, Joe Sakic and many others.

The base set will consist of 260 cards with 100 short-prints. Collectors can expect to get about 24 SPs in every box.

The additions to the set could be fun for collectors. Each box will contain two trade cards good for two future 2013 Draft Picks cards, including signed versions.

Other inserts include Clear Cut Program of Excellence (acetate cards) and a 60-card SE foil board set with rare gold die-cut parallels. 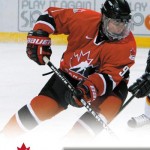 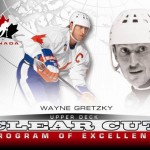 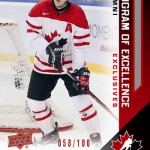 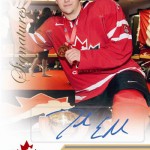 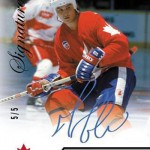 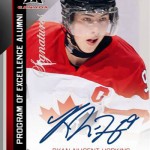 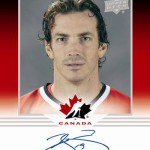