TRISTAR‘s next TNA wrestling set arrives on March 27 with a few surprises, plenty of autographs and a few firsts.

Like the first dual autograph of Hulk Hogan and his daughter, Brooke.

The 2013 TNA Impact Wrestling Live product will be limited to only 100 24-box cases with every 20-pack box containing three autographs, one memorabilia card and three parallel or short-printed cards. Each box also will include one multi-auto card among the inked offerings and for the first time, the company says, it is offering cards with 10 and 12 autographs on a single card. TRISTAR also is producing cards with three, four, six and eight autos as well. Each will be numbered to 99 or fewer copies with five versions to chase. Another autograph element in this one are Impact Inscription cards as well, which will include an extra inscription and be limited to 50 or fewer copies.

Also to be found are 1/1 printing plates — two per case — as well as autographed plates, while memorabilia fans can find autographed mem cards, jumbo mem cards and quad mem cards. Popular star Jeff Hardy will have a series of memorabilia cards with swatch windows cut to spell his last name.

The standard set will include a few TNA Debut cards — Chavo Guerrero Jr. among them — along with  a few subsets that include caricatures drawn by TNA’s own Sam Shaw.

Also to be found are insert cards good for tickets to a TNA Impact show as the company is moving away from doing nearly all of its tapings in Orlando, Fla. 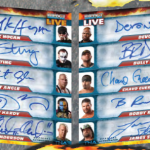 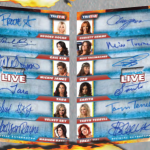 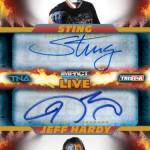 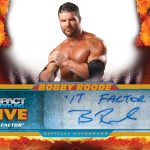 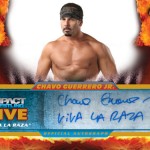 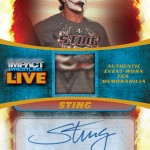 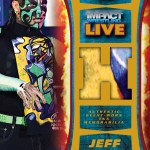 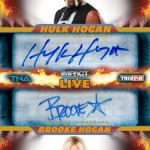 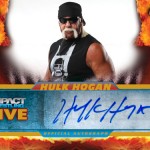 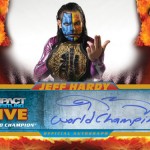 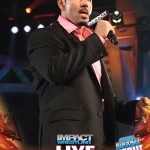 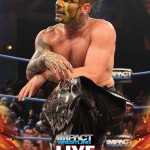 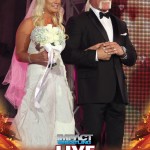 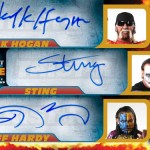