The magic is back.

Collectors will get eight cards per pack, including a mini in every pack, and 24 packs in each hobby box. There will also be three autographs in every hobby box.

Topps indicates there will be a deep checklist, but the early information only gives names on which players collectors could expect to see including Barry Sanders, Bo Jackson, Brett Favre, Deion Sanders and many veterans and rookies. The checklist will consist of 330 cards, 110 of which will be short-printed.

Collectors will find one mini every pack with Green-, Black-, Blue- and Red-Bordered parallels. The Reds will be numbered to 50.

The autographs seemed to be ramped up this year. Collectors can find three per box with base, Black- and Red-Bordered parallels. There will also be Dual and Six Autograph cards with Mini and Mini Autograph Books.

Topps will also include Magic Rookie Relics with a jumbo jersey swatch or patch included.

Magic is expected to release in late January. 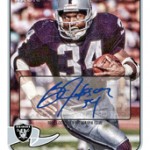 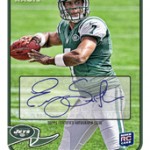 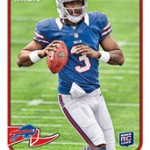 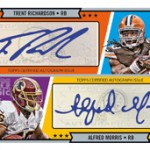 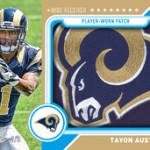