Five Star is back — and it’s going for an even-higher ranking.

The sophomore release of the most-expensive baseball card brand in Topps history was unveiled on Friday, with the $500-per-pack sequel including one base card, two autographs, one autographed patch one autographed book or silver-ink signature and one jumbo Relic in every pack.

A preliminary checklist was not disclosed for the product arriving on Dec. 4. Each case will include just three boxes with Topps promising to “take it to the next level this year by offering a number of new cards that would be signature pieces in any collection.

The base set will include a mix of 100 active and retired baseball players with each card limited to just 60 copies. Each card also will have a Rainbow parallel limited to 10 and a Five Star 1/1 parallel as well.

For the autograph collectors, there will be active and retired players signing once again with standard autos as well as Rainbows (/25) and 1/1 Five Stars. Players also will have Quotable autos once again with an added saying written alongside the graph. These will be limited to 10 and paralleled by 1/1 Five Stars. Also new in this area will be Five Star Legends autographs, which is where Pele falls.

Also to be found are Five Star auto patches (active and retired players), which will be limited to just 35 copies apiece. They also will have Gold (/10), Rainbow (/5) and 1/1 parallels.

Also among the auto booklet offerings will be some high-end pairings — dual logoman autos limited to one copy, dual patches limited to 10 and 1/1 25-signature book cards, which should offer some serious attention-grabbing details.

Cut signatures will also have an extended place in the sophomore release with 1/1 cut sig cards, cut sig books that pair legends of the past (cuts) with those from the present and Greatest Lineups of All-time booklets that are multi-panel starting lineup cards.

On the Relics side, there will be jumbo jerseys, which will be limited to 35. These will have seven parallels (Blue, Red, Purple, Orange, Gold and Rainbow, each descending by five) and 1/1 jumbo patches. Also to be found are 1/1 letters. Dual and triple patch cards will be limited to five copies.

Legends also have a separate place here with Legends Relics limited to 25 and duals limited to 10.

On the deluxe end, there will be 1/1 bat knob and bat barrel cards to be found as well as batting glove cards that are limited to two copies apiece — presumably a righty and a lefty.  Also to be found aree quad patches and octo patches, each limited to five. 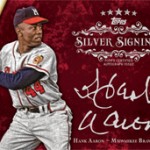 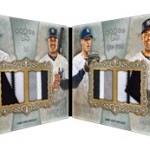 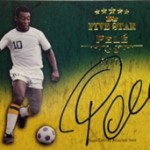 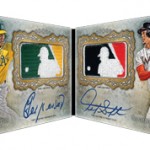 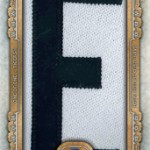 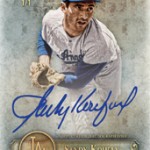 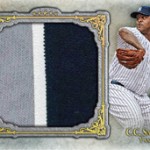 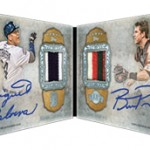 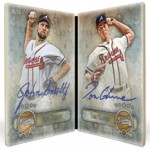 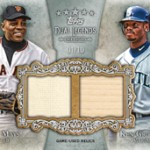 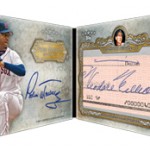 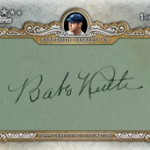 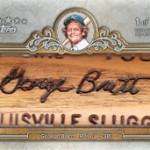 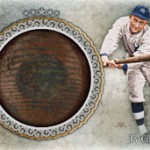 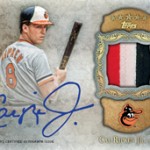 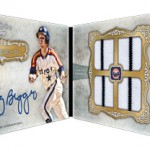 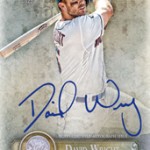