The Force seems strong with this one.

Series 2 will have one sketch card and one additional hit in every box. The other hit could be a Medallion, Autograph, Dual Autograph or Printing Plate.

The autographs will feature 20 subjects including Billy Dee Williams and Mark Hamill. The dual autographs – which are tough to pull – will pit together characters with bonds such as the Hans Solo (Harrison Ford) and Chewbacca (Peter Mayhew) card in the preview. There are only 200 total dual autographs in the production run.

The set consists of 407 cards with 350 base cards and 57 inserts. The base cards touch on characters, places, planets and weapons. In addition, Series 2 features three parallels with Blue (numbered to 350), Red (numbered to 35) and Gold (numbered to 10). Topps will pull from all six movies, Clone Wars and Expanded Universe for the set. Five themes make up the inserts:
– Weak-Minded (1:3) – Force users who influence the minds of the weak
– Classic Lines (1:4) – 10 famous lines from the Stars Wars saga
– Ripples in the Galaxy (1:6) – 10 moments that altered the course of the story
– Honor the Fallen (1:6) – Remembering 10 characters who died in battle
– Galactic Moments (1:12) – Black and white foil cards using rarely seen unit photography

Series 2 is scheduled to hits store on July 31 with hobby boxes costing around $120. There will be 24 packs in each box with 12 cards in a pack. 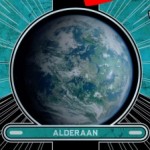 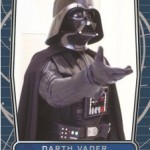 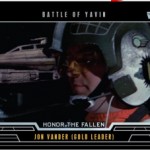 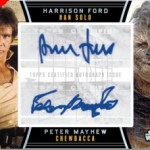 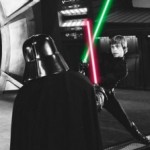 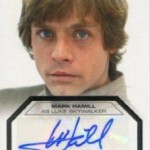 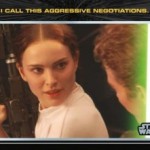 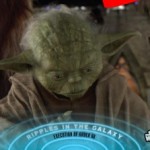 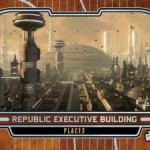 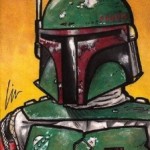 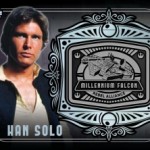 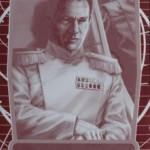 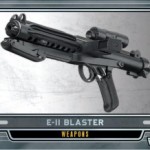 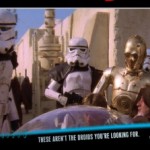