A new football product is coming from Panini America. Spectra football boxes will come loaded with hits. There will be six autographs and six memorabilia cards (numbered to 299 or less) in every six-pack box. Each pack will have five cards, including two base cards.

When it comes to rookies, Panini will highlight the class through a number of autographs and memorabilia subsets.

The Rookie Combo Materials will have a pair of 2013 rookie swatches numbered to 99 or less with seven parallels, including NFL Shield and NFL Players tags.

The Rookie Materials memorabilia cards will feature 60 players, including several game-worn pieces from players that were not at the NFLPA Rookie Premiere.

Panini is utilizing its Pro Football Hall of Fame license with 50th Anniversary Class Autographs, numbered to 50 or less. These cards will be featured in several products throughout the years. 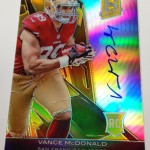 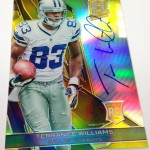 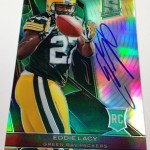 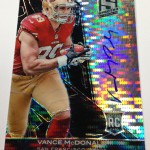 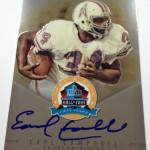 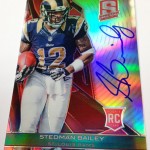 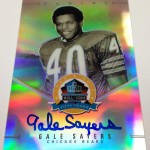 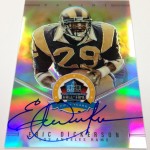 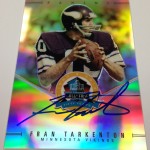 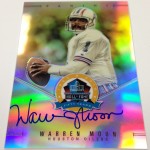 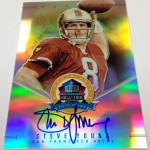 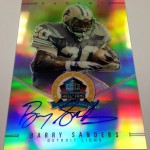 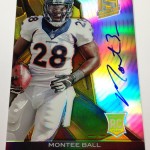 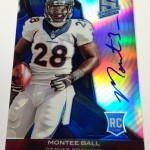 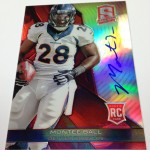 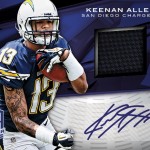 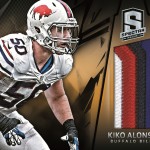 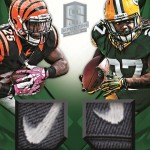 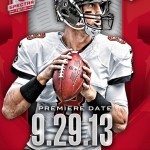 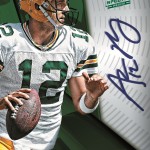 Action Packed: A company that tried — ...