In just a few weeks 2013 Press Pass Ignite Racing will hit the shelves featuring the first set with NASCAR drivers in their uniforms this season.

Each box will feature 20 packs with five cards in each pack. A box will yield one autograph, one memorabilia card, one parallel, five inserts and a 2013 Hall of Fame insert

Press Pass Ignite is scheduled for a May 1 release and will have a 70-card base set.

The autographs will feature all the usual racing suspects such as Danica Patrick, Dale Earnhardt Jr., and Jimmie Johnson with three levels of parallels. Each half case will include a bonus autographed memorabilia card including Great American Treads (Daytona 500 tire) and Supercharged Signatures (autograph quad memorabilia cards). Press Pass will include a rare Patrick card in each half case, highlighting her historic pole position at the Dayton 500.

Starting with Ignite, the Power Pack promo will have a Power Pick base card and a Power Pack-exclusive Hot Threads Firesuit card.

A hobby box will run about $85 presale. 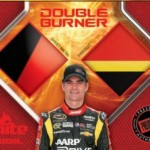 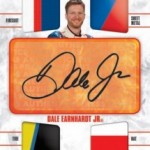 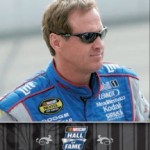 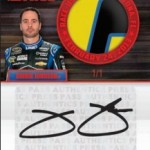 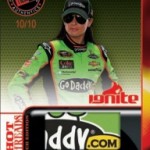 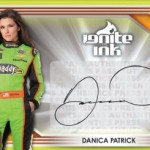 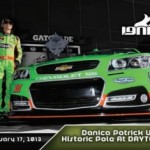 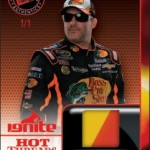