Panini America is back with Black Football.

The second-year product will have one pack of 12 cards in every box and each box will have three autographs (at least two on-card), two memorabilia cards and two Rookie Cards.

2013 Panini Black Football will feature on-card autographs of the rookies at the 2013 NFL Players Association Rookie Showcase, which will be numbered to 299 or less. There will be limited parallels numbered 99 or less.

Black will also feature on-card autographs of current NFL Stars, which will be numbered to 99 or less. Silver Signature will highlight top veterans numbered to 299 or less with limited parallels numbered to 25 or less.

Each box will have one metal card of an NFL captain or 2013 rookies.

Black is scheduled to release on January 22. 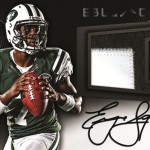 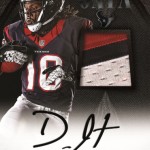 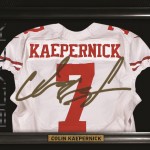 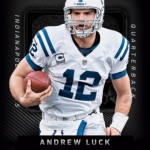 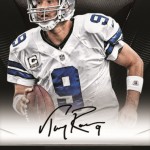 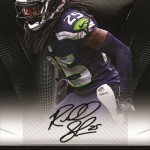