The silhouette autographs from Panini America’s 2013 Crown Royale are set to hit the market soon.

Crown Royale will feature the popular on-card Rookie Silhouette cards from the attendees of the NFL Players Association Rookie Premiere. The silhouette autographs will also include current NFL Stars and legendary players.

Most of the autographs will also come with a number of parallels, giving collectors a number of options when it comes to hits.

Crown Royale will have four packs of five cards each. Each box will yield four hits with at least one on-card autograph, four Crown Die-Cut rookies, three Die-Cut parallels and one insert.

Crown Royale is scheduled to come out February 12. 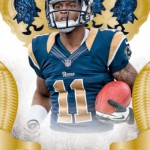 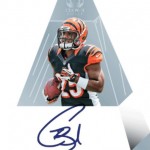 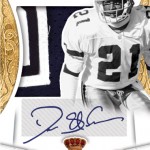 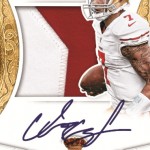 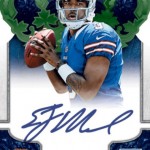 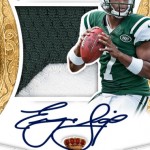