First it starred on the gridiron, now it’s coming to the land of prospecting.

Topps teased its forthcoming 2013 Bowman Inception brand on Tuesday, the first release for the brand in baseball that will bring a new look to the prospecting field.

Set to arrive on June 21, Inception will include four autographs and one autographed Relic in every pack — so mark it down as a hits-driven, high-end product. Each Prospect Autograph in Inception will have the same number of parallels in the same quantities.

For autographed Relics, there will be three versions each with three parallels. The versions are standard Relics, patches and then jumbo patches. The Relics will be paralleled with Red (/50), Blue (/25) and 1/1 Inception cards, while the patches will have the same and be limited to 10, five and one.

Also to be found on the auto Relic side will be autographed logo patches — the logoman patch from their jerseys along with a sticker autograph, each 1/1 cards, a triple auto patch limited to five and Asension Collection auto Relics will include an auto and swatches from several steps in the minors. These will be limited to 25 and have a 1/1 patch parallel as well.

There will be three continuity releases in 2013 Bowman brands with Bowman Black returning here along with the Blue Sapphire Refractors as well. A third inclusion will be Little League autographs — signed cards of players in their younger days, along with a contest that will include a Baseball Factory tryout and a trip to the Under Armour All-American Game. 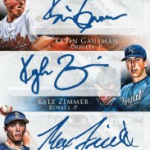 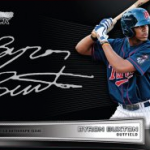 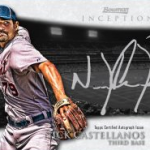 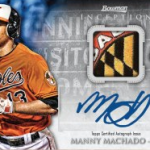 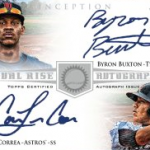 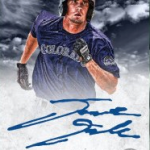 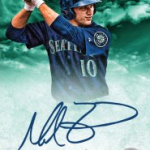 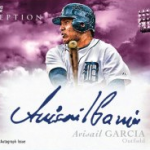 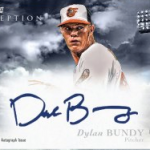