Yep, this should be a fun product for Chicago Blackhawks fans.

SP Game Used will include just about anything it can from the events, including net skirts, net cords, game pucks and more – some event signed by the players.

The five-pack product won’t be forgetting about the rookies, however, with plenty of Rookie Cards to collect. Each five-card pack will come with one hit and there will be at least one autograph in every box.

Rookie Cards will be numbered to the player’s jersey number with 1-of-1 signed versions.

There will be 100 cards in the base set.

SP Game Used is scheduled for a January 2014 release. 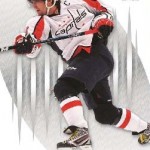 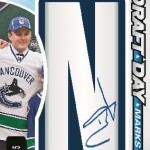 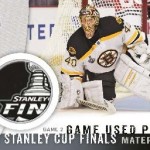 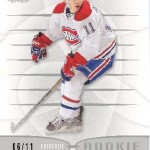 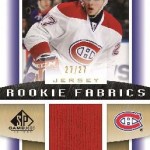 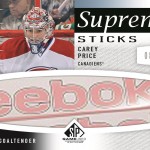 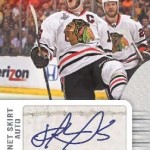