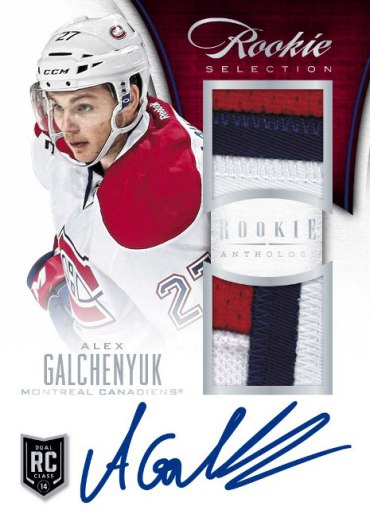 Updates to all of Panini’s hockey products will be out in May with 2013-14 Rookie Anthology Hockey.

The updates will find collectors with new chase elements in products such as Prizm, Crown Royale and Titanium. However, Rookie Anthology will also be the home to 2013-14 Dominion hockey cards with Rookie Autograph Patches, Peerless Patches and Rookie Ensigns.

Each box of Rookie Anthology will have 10 packs with five cards in each pack. There will be four hits in every box with at least two autographs.

The updates to previous sets include many 2013-14 rookies not represented. There were 100 Rookie Cards in Prizm, but it didn’t include players such as Nathan MacKinnon or Tomas Hertl – two standouts from hockey cards his year. The Prizm updates will include parallels and autographs.

In addition, there will be new Rookie Silhouettes to update 2013-14 Crown Royale Hockey and more than 50 new Titanium Rookie Cards.

Luxury Suite will be represented with Single and Dual Memorabilia cards along with Luxury Suite Rookie Autographs numbered to 99. 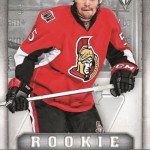 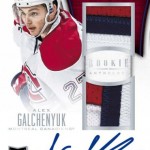 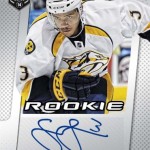 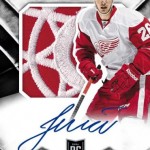 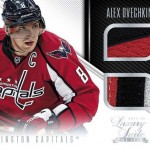