Panini America gave collectors a look at 2013-14 Prizm Hockey earlier this year when it included packs of its newest brand in Rookie Anthology.

The three cards held collectors over until now when Panini has released preview of the upcoming product. Prizm is set to come out in September with two autographs and two Prizm parallels in every box.

In addition, there are 20 packs with a Rookie Card in each pack – giving collectors a chance to get many of last year’s rookies that didn’t appear on cards.

Panini will include a die-cut insert of past Stanley Cup champions.

Collectors can find Green parallels in retail packs, and specially colored cards for different retail outlets: Red and Red Pulsar Prizm for Target; and Blue and Blue Pulsar for WalMart. 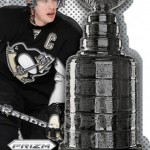 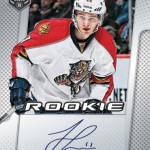 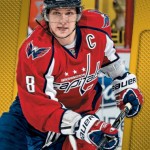 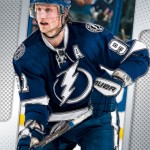 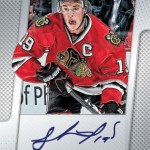 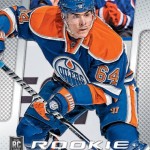