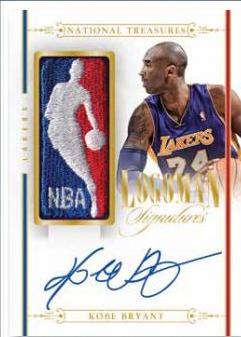 Logoman, RPAs and Prime Patches. That’s what 2013-14 Panini National Treasures Basketball is all about.

Each box of National Treasures will contain 10 cards with eight autographs or memorabilia cards, one printing plate and one base card or parallel.

Panini will keep much of what has made National Treasures popular over the years such as Logoman, Rookie Patch Autographs, and Kobe’s All-Rookie Selections.

One of the highlights from National Treasures will be Treasured Tags Autographs featuring the small logo from jerseys with autographs from star players. In addition, collectors can find Timeless Prime memorabilia cards that contain large patches. 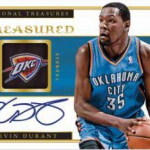 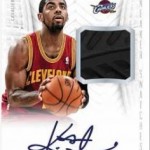 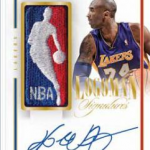 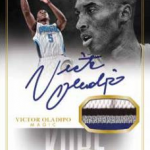 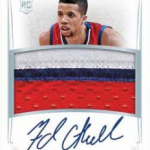 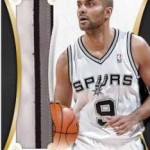