Passing the Torch autographs have been some of the most popular autographs throughout the years. It’s back in 2013-14 Elite Basketball from Panini America.

These autographs feature top players paired with rising young stars such as Kobe Bryant and James Harden. Each card will be numbered to 49 or less.

Elite will come out in late January with 20 packs and five cards in each pack. Collectors will get two autographs and two memorabilia cards in every box.

Memorabilia cards will include the subsets Rookie Essentials, Throwback Threads and Back to the Future. Each of these will also have prime parallels numbered to 25 or less.

Panini will include several different inserts such as Franchise Future and Face 2 Face.

When it comes to parallels, Panini will feature Gold and Black, numbered to 25 and 1, respectively. In addition, there will also be Status die-cut parallels. 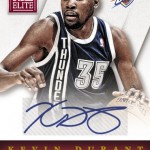 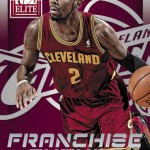 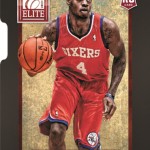 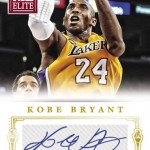 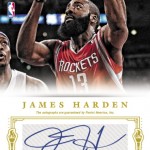 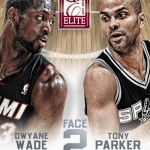