Panini is getting ready to crown its next hockey release.

In late February, Panini will release 2013-14 Crown Royale Hockey with inserts and autographs set around the popular brand.

Regal Achievement and Heirs to the Throne die-cuts will appear along with Panini’s Choice Award autographs.

One of the most popular hits in Crown Royale regardless of the sport are the Silhouette cards, which feature a player image on top of jumbo jersey swatch making for a unique card. The Silhouettes in Crown Royale will be tough to get, falling at an average of just four per case.

Panini is bringing back Fans of the Game autographs along with Voices of the Game, highlighting NHL personalities and National Anthem singers.

Crown Royale will feature one hit per pack with at least one autograph per box. There are four packs per box with five cards in each pack. 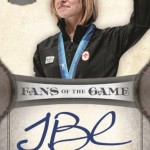 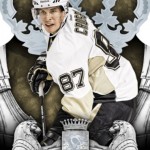 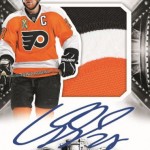 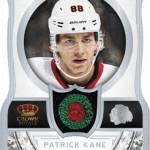 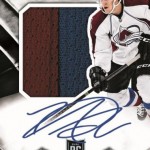 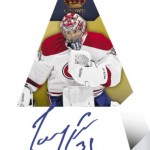 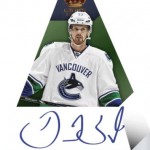