The Stars and Stripes have a new home this year with Panini America and the first widescale release for the stars of the USA Baseball squads is on its way.

It’s the USA Baseball boxed set, which is slated to arrive in late November.

The 75-card set will include seven autographed cards — some being autographed memorabilia versions — along with two additional memorabilia cards and three checklists (one for each squad in the product).

A new inclusion this year will be USA Baseball lineup cards — cards with names from game-used lineup cards used as cuts and embedded into cards. These also will be signed and quite limited. 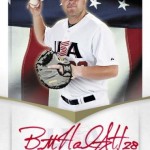 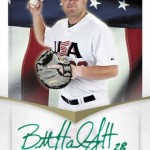 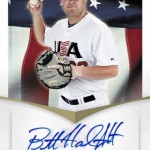 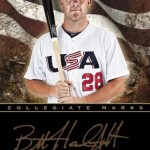