TRISTAR has revealed its latest TNA Impact wrestling card set and this time it’s one for reflection.

Err, Reflexxions, that is.

Set to arrive on Jan. 25, TNA Impact Wrestling Reflexxions, will include three autographs, one event-used ring mat autograph or one memorabilia card, one Premium Reflexxions card and two parallels numbered to 40 or less in every 20-pack hobby box.

And as with many TRISTAR wrestling products, it won’t be plentiful as just 2,400 serial-numbered boxes — and 100 cases — will be made.

More than 50 TNA stars will sign for the product with even fewer signing pieces of TNA match-used ring canvas to be embedded into cards. Signers for that insert set include Sting, Jeff Hardy, Kurt Angle, Rob Van Dam, Gail Kim and Velvet Sky among others.

Also to be found in this one will be one-of-a-kind art cards created by Hardy and mem cards featuring as many as four TNA stars.

Each box will include one multi-auto card with as many as six signatures on a single card.

This product will include autographs from former wrestling executive Eric Bischoff, who appears on just four past certified autograph cards, with a notable card being one pairing him with Hulk Hogan.

Click on the images (twice) for a larger and unobstructed look. 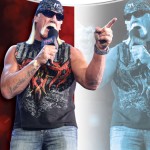 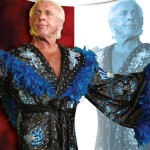 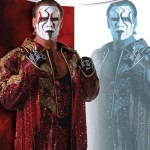 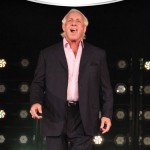 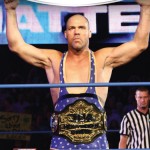 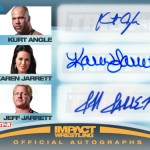 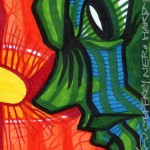 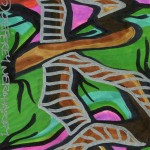 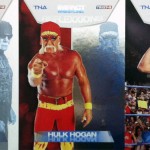 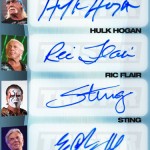 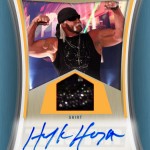 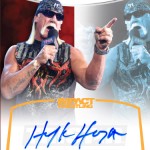 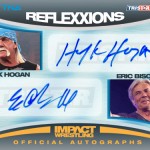 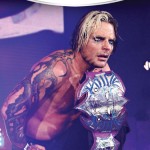 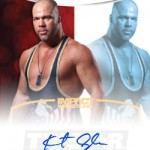 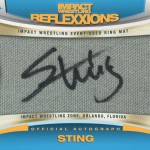 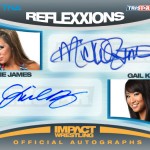 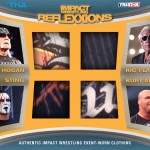 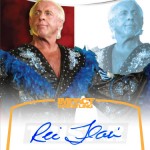 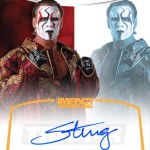 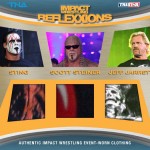 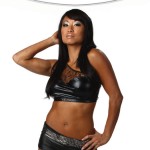 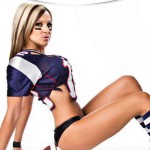