Life down on the farm will be documented on baseball cards once again in 2012.

Topps unveiled its plans for 2012 Pro Debut on Friday, the first of its offerings for the new year under its exclusive deal to produce Minor League Baseball cards.

It will include two autographs and Relics per 24-pack box when it arrives on May 30.

The base set will include 220 cards using the same design as 2012 Topps, each with Gold parallels limited to 50 and printing plates. Also to hunt for will be 50 base card variation cards, which will be short-printed.

The game-used lineup will include Material Relics — bat and jersey cards — with Gold parallels limited to 50 and jumbos limited to five. Manufactured Relic cards will include Cap Logos cards, while inserts in the product include MiLB All-Stars. You’ll find eight of those All-Stars cards per box from the 50-card set.

Some of the notable players on the preliminary autograph checklist include Joe Panik, Jake Hager, Matt Lipka, Robbie Grossman and Kyle Waldrop. Duals will include the likes of Cory Spangenberg, Grossman, Jordan Swagerty, Kevin Matthews, Sterling Marte and Matt Adams to name a few. 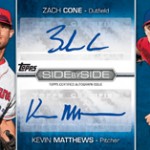 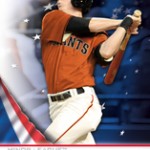 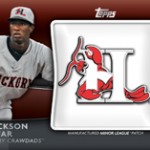 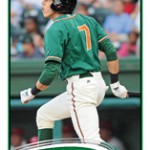 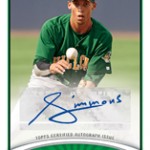 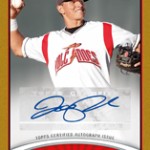 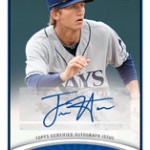 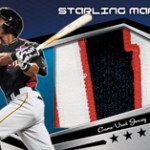