After a four-year rest, the Topps Heritage WWE line is back for another run at the world championship.

And while past years used past baseball designs as the form for the newest retro-styled WWE cards, this year’s edition will do something that hadn’t been done in the four previous standalone releases.

It will utilize the heritage of Topps‘ first wrestling release, the 1985 WWF set, which featured the likes of Hulk Hogan, the Iron Sheik and Jimmy “Superfly” Snuka on the cusp of wrestling’s emergence onto the national psyche. This time, some of those stars return — along with the oldschool design. Set to arrive in late-November, 2012 Topps Heritage WWE will include a 110-card base set in the style of the original release, a 55-card  Ringside Action set also styled after subsets in the original and several insert sets including Relics and autographs whose odds are still yet-to-be-determined but there will be a total of two in every 24-pack hobby box.

It will include a 20-card The Superstars Speak set, a 10-card Fabled Tag Teams set, 10 Family History cards, a 10-card Andre The Giant Tribute set, 10 portrait cards created by Jerry “The King” Lawler, a 30-card Allen & Ginter insert set and an 18-card sticker set in the style of the 1985 stickers.

For the hit-chasers, there will be 1/1 sketch cards drawn by Lawler — at least 10 planned so far — along with event-used clothing Relics and WrestleMania XXVII mat Relics featuring canvas used during the showcase event. While the mat Relics will showcase many top names, the individual Relics will include Alberto Del Rio, Daniel Bryan, John Cena, The Miz, Randy Orton, Sheamus, Batista and Shawn Michaels to name a few.

There will be at least eight signers, according to the preliminary checklist. They include a few first-time signers, too. It includes Vader, Paul Bearer, “Mean” Gene Okerlund, Doink The Clown, Papa Shango, The Godfather, Kama Mustafa (the last three all the same athlete, ironically) and Michael “P.S.” Hayes of Fabulous Freebirds fame. 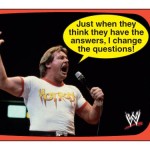 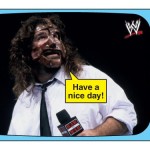 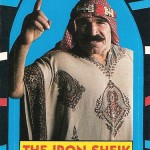 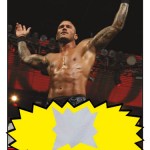 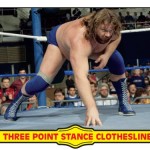 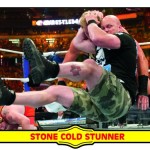 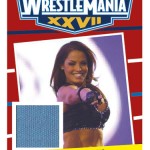 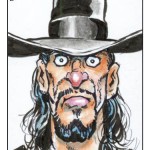 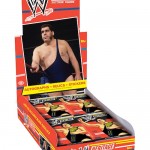 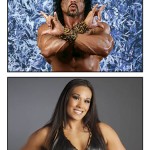 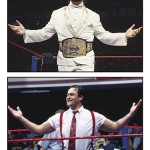 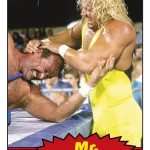 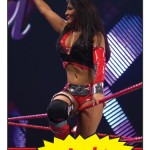 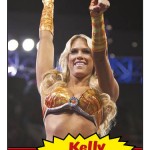 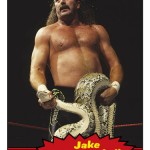 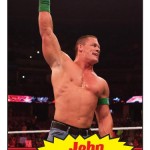 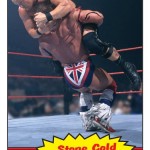 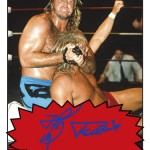 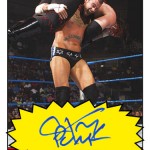 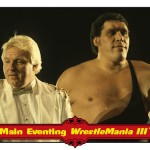 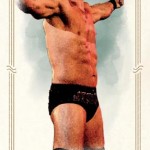