Hold tight, football fans. There’s plenty of time before the next season starts, and we’re still more than 50 days away from the 2012 NFL draft, but Topps is already building hype with its basic football brand.

The 440-card base set is comprised of 263 veterans, 110 rookies, 28 First-Team All-Pros from 2011, 32 Team cards, cards featuring offensive and defensive players of the year, Rookie Premiere group shots, a New York Giants Super Bowl Champions card, a League MVP card and 2011 Rookies of the Year cards featuring Cam Newton and Von Miller. Beyond the basics though, the upcoming brand has a few new tricks up its sleeve.

Making the most of the company’s rich history in the football card industry, 2012 Topps Football is slated to include a number of retro-focused inserts. Quarterback Rookie Reprints, for instance, are set to feature “up to 30 of the best-known NFL quarterback rookie cards.” Normally this kind of reprint would merit an apathetic, “meh,” but limited autograph and relic parallels for these premium players are bound to cause a commotion. Sure, it’s not a buyback, it’s not actually from 1981, but nobody — not even a robot — can deny the thrill of pulling a numbered-to-25 Joe Montana  autograph. Other blasts from the past include a 1965 Topps Football insert set  with up to 141 retired and veteran players and a Topps 1984 Rookie Autograph Cards insert set with up to 35 rookie signers. 1965-designed inserts feature “non-game” player portraits on smaller cards and should also come with an on-card autograph variation. Topps 1984 Rookie Autographs will be hard signed and numbered to 100. Aside from the throwback additions,  Quarterback Immortals cards bring another big nuance to the late-summer release. This subset will include:

Be sure to check out the image gallery below and stay tuned to Beckett.com for more information on 2012 Topps Football as the release date approaches. 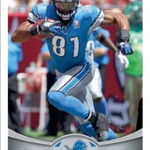 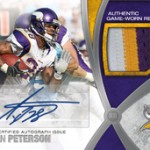 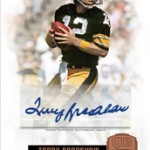 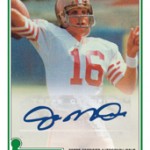 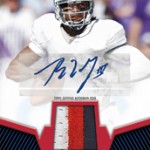 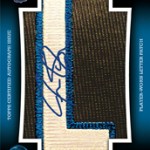 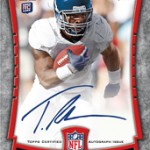 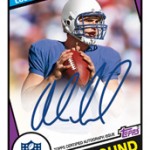 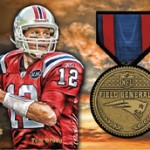 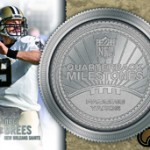 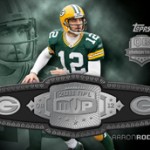 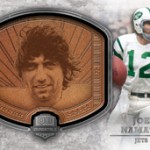 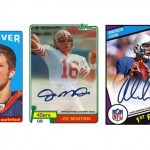 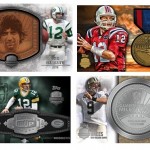 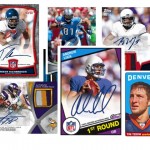