With Yu Darvish under wraps, now it’s time for the newest product.

Topps unveiled its latest forthcoming 2012 baseball card line of the year on Monday as it pulled back the curtain on 2012 Topps Finest, which will arrive on Aug. 8 with the Japanese star — and plenty more. The base set will consist of 95 cards — a mix of veterans and rookies (Darvish included) — with parallels that include Refractors, X-Fractors, printing plates, SuperFractors and a rainbow of colors (Green, Orange,  Gold Red, Atomic) as in past years. New this year will be Hot Boxes — one in four cases — where every base card is a Refractor.

There will be plenty of color available for the autographed Rookies as well as the jumbo Relics as each will have the same array of parallels as the base cards with the most-plentiful version being the X-Fractors at 299 per.

Also to be found will be dual and triple auto cards — each quite limited. Only five copies of each triple will be made, while the doubles will be limited to 10.

Lastly, there is a new Game-changers insert set with 15 top stars found one per master box also to be found with autograph and autographed Relic versions all of those cards will be limited to 10 or fewer copies.

At least 20 rookies will be signing for Finest with Darvish the headliner. Others will include Jesus Montero, Matt Moore, Drew Pomeranz and Brad Peacock. For the Faces of the Franchise autos, one can expect, according to the preliminary checklist, to find Eric Hosmer, Dustin Pedroia, Matt Kemp, Joe Mauer, Justin Verlander, Buster Posey, Felix Hernandez, Evan Longoria, Chipper Jones and Albert Pujols to name a few.

For the Finest Moments sigs, you can look for Darvish, Robinson Cano, Clayton Kershaw, Brett Lawrie and Michael Pineda to name a few, while Game-changers will include Mike Trout, Prince Fielder, Ryan Braun, Mike Stanton and Jose Bautista for starters.

For the duals? Watch out as there will be a Darvish-Moore auto as well as a Pujols-Trout card, while triples will include a Darvish-Moore-Montero and a Verlander-Miguel Cabrera-Fielder for starters.

Lastly, Darvish also will have an auto jumbo Relic as well Montero, Moore and Pomeranz. 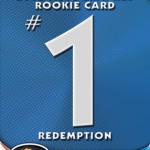 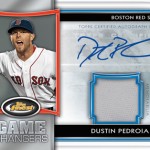 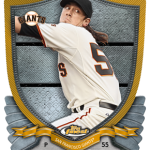 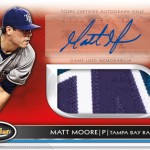 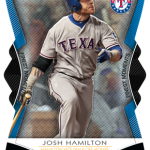 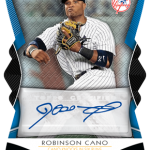 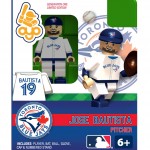 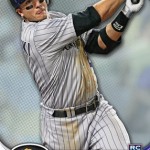 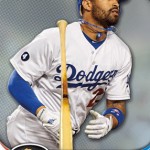 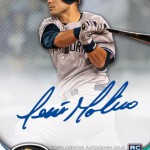 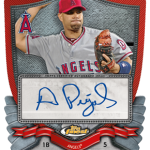 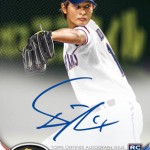 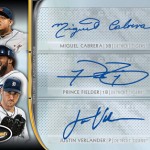