Press Pass Showcase Racing arrives at the end of May, celebrating a couple of different milestones.

First, the product is marking its four-year anniversary and not taking the occasion lightly. Press Pass promises “a boost” to the high-end release. The three-pack hobby box (five cards in each pack) promises a premium auto or relic in every pack.

Collectors can look for:

So where is the boost?

Press Pass is offering Showcase Signature Patches, autographed book cards with an authentic sponsor patch that are numbered to two or less. The pictures provided by Press Pass show these booklet cards before the signatures were added.

The patches alone make for a great card, but the autograph should add an element a high-end product deserves. It seems many of the big names are including: Danica Patrick, Tony Stewart, Dale Earnhardt Jr., and Travis Pastrana (Click on the pictures below to get the full image).

The second milestone Showcase is celebrating is Richard Petty‘s 75th birthday on July 2. There will be a series of cards in Showcase with top drivers throughout history sending Petty their well wishes. 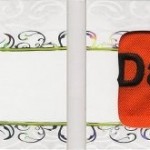 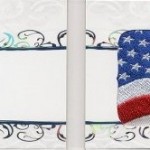 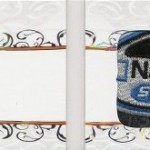 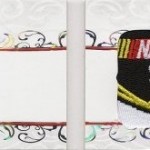