A favorite from the Donruss stable is back in baseball for the first time in more than a decade.

Panini America unveiled plans for 2012 Panini Signature Series, an autograph-driven product that will include three autographs in every six-card pack and include few prospects compared to its previous baseball releases this year when it arrives in late August.

Oh, and it includes a heavy on-card autograph presence,  too. Base cards will be limited to 499 with autographs in the product from the likes of Ken Griffey Jr., Greg Maddux, Carl Yastrzemski, Nolan Ryan, Pete Rose, Randy Johnson, Reggie Jackson, Rickey Henderson and Cal Ripken Jr. to name a few.

Among the autograph inclusions will be Rated Rookies Patches limited to 299  — autographed manupatches of top guys such as Oakland A’s outfielder Yoenis Cespedes — while Hitters Ink autos will include a mix of the past and present.

The on-card autograph element in this one will include the Signatures insert (limited to 99) and will include present-day MLBPA players such as Josh Hamilton, Matt Kemp, Miguel Cabrera, Ryan Braun, Dustin Pedroia and Mariano Rivera to name a few. 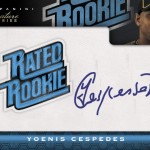 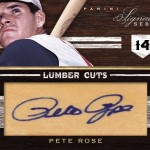 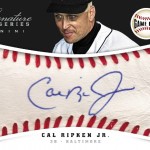 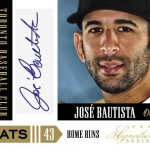 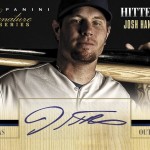 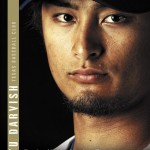 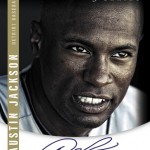 TRISTAR doubles up the cuts in SignaCuts ...