Chrome vs. Prizm — now the battle can really begin. Panini America confirmed on Wednesday that it’s bringing the Prizm brand to baseball this year with 2012 Prizm.

Set to arrive in April, it will include a 200-card base set that includes 50 rookies. Each will be found with standard Prizm parallels as well as Gold and Finite Black 1/1s that will only be found in hobby packs. At retail, there will be Green as well as Walmart-only Blue and Target-only Red Prizms to be found.

Each hobby box will include two autographs and three Prizms. Retail boxes will include three Green Prizms. (Click here to download a copy of the preliminary checklist.)

There also will be added Elite Extra Edition Autographs (25 cards) to go with USA Baseball autos as well as sigs for others.

The product also will include several insert sets:

— Rookie Relevance (12 cards), which will include Bryce Harper, Mike Trout Yu Darvish and others.

Panini also announced this one will include the first USA Baseball cards and autographs of Trout, who is one of a few active big-leaguers who will be on retro cards. Among them are Buster Posey, Andrew McCutchen, Justin Verlander, Clayton Kershaw and others.

Among the signers for this one will include Yoenis Cespedes, Trevor Bauer, Brett Lawrie, Cal Ripken Jr., George Brett, Bo Jackson, Rickey Henderson, Deion Sanders and David Wright to name a few. 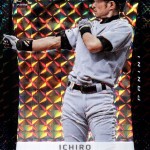 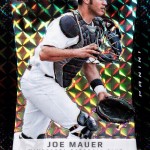 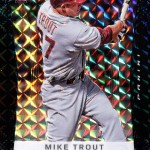 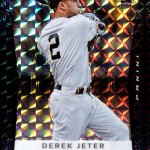 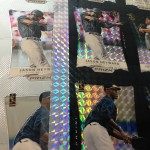 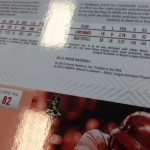 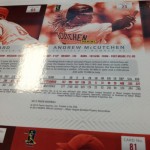 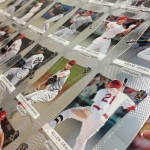 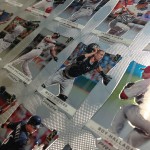 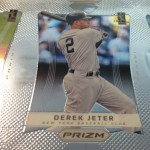 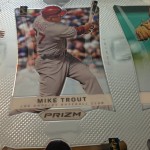