Panini’s Playbook is back for a sophomore campaign.

The high-end football product arrives in March with four cards – all hits – per box.

The highlight for many will be the Rookie Booklets. These cards feature a prime jersey piece, jumbo jersey swatch and an on-card autograph for players such as Andrew Luck and Robert Griffin III. The cards will be numbered to 149 or less.

Of the four cards in each box, collectors are guaranteed one Rookie Booklet, another autograph and two memorabilia booklets. However, some boxes might contain three autographs.

Playbook will have 75 base cards with 100 Rookie Signatures and 35 Rookie Booklets – and each will have four parallels.

For memorabilia fans, Playbook Materials are booklets with four to eight swatches of event-worn material spelling out unique words for each rookies.

Autographs of rookies and former players will be featured on Rookie Signatures and Accolades Signatures, respectively.

Fabled Fabrics will feature jersey pieces from some of the best football players in history. 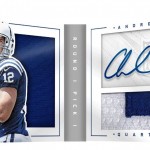 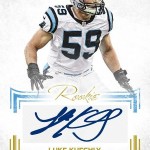 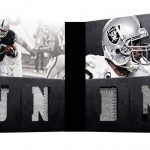 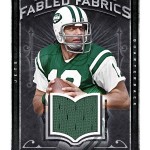 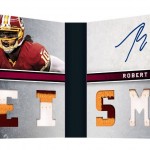 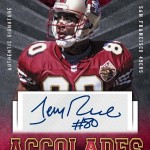