Panini America is gearing up for its top football product with National Treasures.

The popular release – scheduled to come out in March – will include all of the top rookies from 2012, and a good mix of autographs from veterans and retired stars – something football collectors haven’t seem much of this card season.

“Panini America officials will play on the strength of a spectacular rookie class in hopes of making 2012 National Treasures Football the most powerful edition in the brand’s proud seven-year history,” the company wrote on its blog.

It won’t be all about the rookies. NFL Greatest Signatures (retired players) and Virtuoso Signatures (current veterans) feature on-card autographs numbered to 50 or less.

Many football products this season have relied heavily on the 2012 rookie class, and National Treasures probably won’t be different. However, many collectors welcome the addition of more veterans and retired autographs.

Each wooden box of 2012 National Treasures Football will come with three autographs, three memorabilia cards and two base or parallels cards. The base set will consists of 200 cards (100 current stars, 100 legends), 100 Rookie Signatures and 35 Rookie Signature Materials.

There will be additional autographs and memorabilia cards in National Treasures.

We’ll just have to wait and find out. In the meantime, check out the preview gallery of NT below. 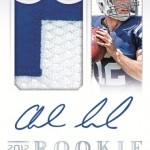 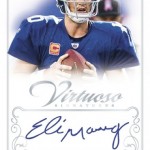 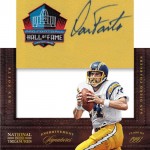 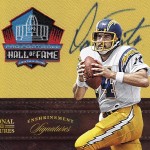 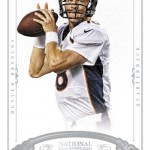 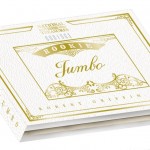 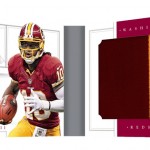 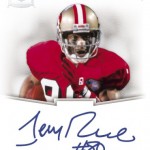 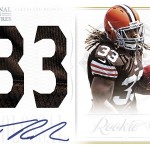 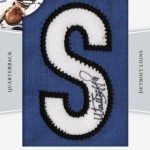