Cooperstown is a word that defines one thing when it comes to baseball — history.

The home of the National Baseball Hall of Fame and Museum in rural New York is a treasure trove of baseball lore — and now Panini America is aiming to make “Cooperstown” synonymous with one more thing.

The company revealed on Monday its next baseball product, 2012 Panini Cooperstown, a 200-card release that will arrive in late July with some of the greatest names in the game — and more. (For a checklist of recent releases or an OPG click here.)

In  February, the company announced its multiyear deal with the Hall and that prompted the start of the product that will include 24 packs and one autographed card per box. The biggest find, though, might be a redemption card good for a trip to the Hall itself.

In addition, each box will include two commemorative Class Patch cards, three Bronze History cards, three Crystal Collection cards, two Voices of Summer, two Induction and two Credentials insert cards. The set will focus on those enshrined in the museum as well as cards showcasing some of the artifacts in the collection.

We’ll have more on this one as it becomes available. 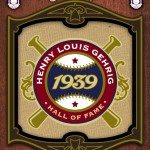 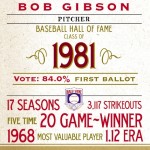 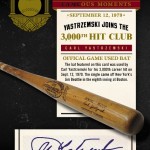 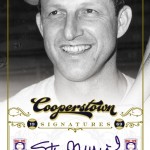 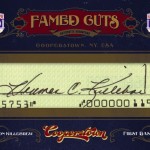 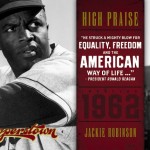 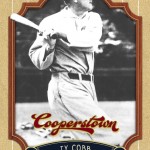