Contenders is celebrating a big birthday this season. The now-Panini product is turning the big 2-0!

That’s right, Contenders has been a part of the football trading cards since 1993. And it’s still going strong.

The next edition of Contenders (24 five-card packs) is scheduled for a January release with the product showing off its history.

Contenders, a 235-card set, will start by revisiting the 1998 Rookie Ticket design. That year is significant because it was the debut of autographed Rookie Cards in Contenders.

Contenders brought autographed Rookie Cards into the product in 1998 and have been a mainstay ever since.

Collectors can expect six autographs in every box along with three Rookie Stallions (throwback to 1996 Contenders), three Legendary Contenders, three Rookie of the Year Contenders and three MVP Contenders. 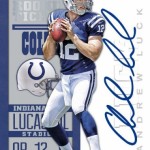 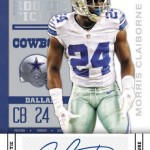 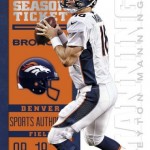 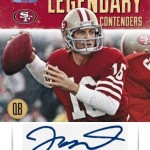 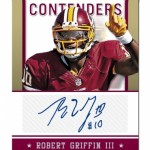 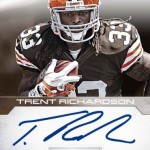 A contest for MMA fans