The MLB Draft is complete, now we can have draft picks cards. Topps unveiled the basic information and preview images for 2012 Bowman Draft Picks & Prospects on Friday, the latest installment of the annual staple that will have some of the first cards of the 2012 MLB Draft class.

New this year will be dual autographs pairing Top 10 picks from this year’s draft with notable top picks from the past, while there will be cards featuring the All-Star Futures Game members as well as Aflac and Under Armour All-American signatures, too.

There will be one Chrome autograph per 24-pack Hobby box and three in every 12-pack HTA Jumbo box. Notable rookies lined up to sign for this one already include Bryce Harper and Yu Darvish. Autographs will be found as standard Refractors and the following shades: Blue (/150), Gold (/50), Orange (/25), Purple (10), Red (/5) and 1/1 SuperFractors and printing plates. No players were announced on a preliminary autograph checklist other than those seen in the card mock-ups here.

The Draft Picks (prospects) portion of the product will include as many as 165 players on standard and Chrome cards. For Refractors, there will be Blue (/250), Gold, Orange, Red and 1/1 SuperFractors and plates. For standard cards, there will be Blue (/500), Orange (/250) and Red (1/1s) parallels as well as printing plates. New are a Silver Ice parallel and a Red Ice (/25) and a Purple Ice (/10) version, too.

The Rookies portion of the product will feature 55 players — all with the standard array of parallels expected in this one (same serial-numbering as prospects). Some of the players who will appear on Rookie Cards will be Harper, Darvish, Jesus Montero, Matt Moore, Jarrod Parker, Brett Lawrie, Drew Smyly, Yoenis Cespedes, Norichika Aoki and Will Middlebrooks.

The Bowman Black continuity autographs will continue here with 25 players — all cards numbered to 25 — with the aforementioned high school all-star autos also to be found. The Dual Top 10 Picks autos will be limited to just 25 or fewer copies. Players expected to appear there will include Ryan Braun, Bubba Starling, Gerrit Cole and Jameson Taillon for starters.

For Relics and insert cards in this one, there will be a heavy presence for the Futures Game as there was in some past Bowman Draft products. Collectors can expect to find Relics numbered to 199, jumbo patches limited to 25, 1/1 patch booklets and Logoman patches.

Bowman’s Best inserts will return here with a new design and 50 players in tow. While the standard cards will be found one in every six packs, there also will be die-cut Refractor parallels (/99), XFractors (/25) and Atomic Refractor (1/1) versions to find, too. 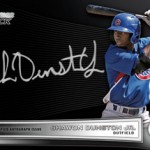 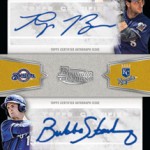 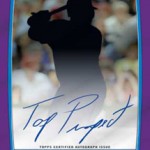 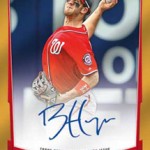 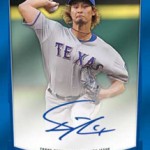 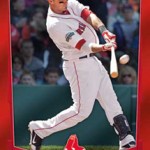