Yet another new NBA line is here from Panini America — and this one’s all about the ink.

It’s 2012-13 Signatures basketball and it will arrive in July packing three autographed cards in every four-pack box.

The brand, as the company says, will carry “an emphasis on clean designs, rare chase elements, photo variations and the Panini America NBA debut of autographed film slide cards.”

Carrying a suggested retail price of $120 a pack, Signatures will include a 200-card autograph checklists for both the Signatures and Signatures Film inserts.

The Die-cut Signatures set will feature 150 players from both the past and the present. Each case will include 12 packs with a mix of the chase involved — Chase Rookies, Chase Legends and Chase Stars. Each of those inserts will be limited to 25 or fewer copies.

The Chase Rookies, Panini said, will showcase just 15 top rookies but with a twist — there will be 10 variations per player. Chase Stars also will have variants. 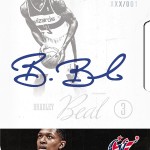 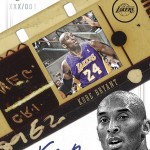 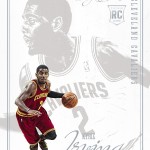 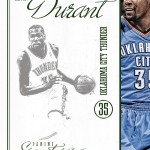 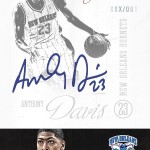