Panini America announced on Thursday that it’s reviving an early 1990s creation — Select — and bringing it back on the hardwood.

The company revealed 2012-13 Select, will arrive in March with nods to the past Score brand and nods to a new line, Prizm, which launched late last month. The brand originally arrived back in 1993 with Score for baseball and then has been used throughout the years as part of the Donruss/Playoff portfolio of trademarks, which is now owned by Panini. It was last used in 2008 for a football set. The newest product will include two seven-pack mini boxes per box with a total of four autographs, four Prizm cards and six more inserts.

The base set will include 100 autographed Rookie Cards while there will be 75 rookie memorabilia cards and 150 standard cards to find.

Inserts to be found in this one will include Select Stars and Hot Stars, which will have Prizm and White Hot parallels. The Prizm parallels will be found as Gold (/25) and Black (1/1) cards, too. 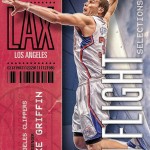 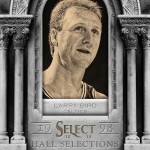 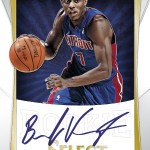 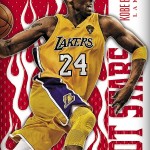 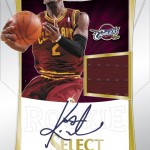 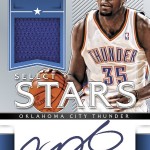 Beckett By the Numbers: 2012-13 Totally Certified