With 2012-13 Classics Signatures, collectors can expect to find autographs of retired players who made the game what is today.

At least one autograph of a retired players is expected in every five-card pack.

“Classics Signatures Hockey builds on a proud name from Panini America’s past (Classics) while adding one of collecting’s favorite aspects (Autographs) as a means of honoring the greatest players from hockey’s storied history,” Panini spokesperson Tracy Hackler wrote on the company’s blog.

There are six packs in every box, which means collectors can expect a good amount of autographs from players such as Mark Messier, Gordie Howe, Steve Yzerman, Johnny Bower, Jeremy Roenick and others.

Other autograph cards include Classic Lines Triple Autographs, which highlight some of the best NHL lines of the past and Social Signatures that feature Twitter handles.

Some more difficult autographs to obtain are Notable Nicknames, Inaugural Inks and Classic Combo dual autographs. These cards fall just one or two per case. The Social Signatures autos fall at an average of three per case.

Classic Signatures is expected to be released in late October or early November, but release dates and checklists are subject to change. 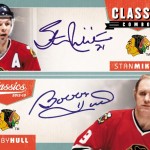 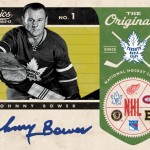 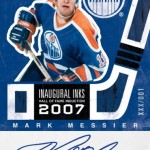 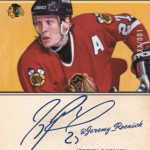 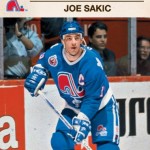 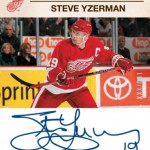