Panini America hopes the third time’s the charm for this one as it unveiled the first looks at its 2012-13 Gold Standard basketball cards on Friday — the third installment of the high-end lustrous line.

Set to arrive in April, it will include 10 cards per box — four autographs, one memorabilia and one metal card guaranteed — while offering collectors another chance at the 24-karat gold cards that were the ticket for some collectors in the past two years. Besides those solid gold and gold bullion-enhanced cards, this year’s will include Black and Platinum parallels among the familiar offerings. New this year will be Gold Strike Signatures inked by top rookies — something not found last year … rookies — along with notable young players. The RC autographs will also include memorabilia versions this year as part of a 305-card set.

Also to be found will be 25 short-printed variations with players shown in past teams’ uniforms.

Overall, there will be five insert card sets to chase, three memorabilia card lines and four autographed insert sets, which will include the Mother Lode cards, which promise to show “the biggest superstars in the game.” 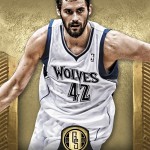 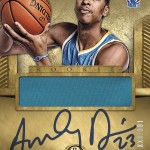 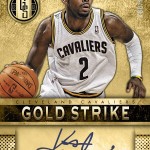 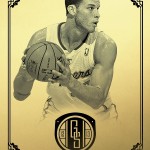 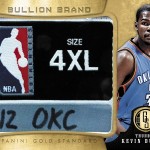 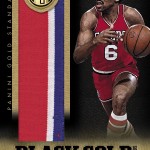 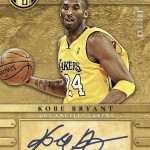