The flagship is back on the hardwood.

Panini America‘s basic Panini line of basketball cards hasn’t been seen since 2009-10 but it’s back for this season after the company unveiled the first glimpses of the brand on Monday.

Set to arrive in late-February, it will include a 300-card base set along with 60 rookie autographs and plenty more. Each 24-pack hobby box will include two autographs.

Insert cards for this one will include Knight parallels (seven per box), Spirit of the Game, Heroes of the Hall and Matching Numbers (each three per box). Each box also will include three additional inserts.

For the certified autograph hounds, there are five autograph sets to chase, while the memorabilia lineup includes just 50 Dress Code jumbo memorabilia cards. Hall of Fame signatures will showcase stars from the past, while Spokesmen Signatures will showcase the guys you’re likely to find on Panini’s wrappers — the likes of Kobe Bryant, Blake Griffin, Kyrie Irving and Anthony Davis — and some cards will combine them.

Rarer inserts will include Black Knight parallels, each numbered to 10, and a Knights of the Round die-cut cards that are found one per case.

Also to be found will be Rated Rookies —  a selection of autographed patches here — while an All-Panini set will showcase 100 established veterans. 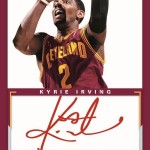 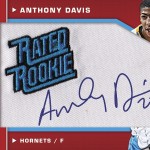 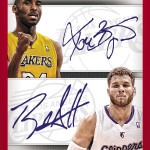 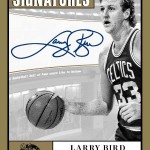 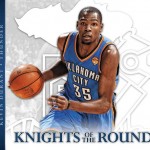 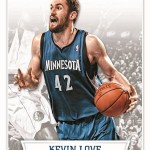 A look at Colin Kaepernick on cards