Between the Pipes has been part of In The Game’s roster for a decade.

Between the Pipes will have 18 nine-card packs, which will include inserts such as Masked Men 5 and the He Shoots, He Saves program.

Autographs will include past and current NHL goalies such as Ed Giacomin and Kirk McLean. However, CHL goalie prospects will also be included such as Spencer Martin.

The Masked Men 5 insert will use chrome-like technology, but just don’t call it that.

Some of the subsets for the game-used memorabilia will include Aspire (a prospect and star goalie), Rivals and Vintage Game-Used Jersey.

Between the Pipes is scheduled to be released on April 18. 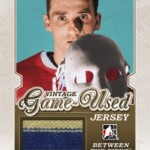 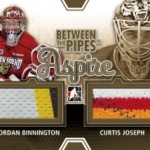 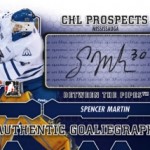 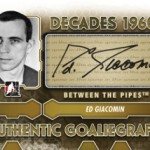 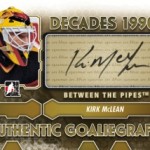 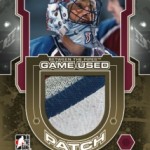 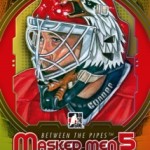 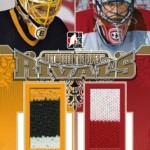