There was small piece of information in Panini’s news yesterday. A previously unmentioned product was brought up when the card company announced it would have Damian Lillard autographs in the final products of 2012-13 collecting season.

What is that? It was the first time Panini has talked about this new product, which would be the 25th of the season from the NBA’s exclusive trading card partner.

Collectors don’t have to wonder about 2012-13 Flawless anymore as Panini released early information on the newest product on Thursday.

But it’s likely still to get collectors talking.

There are seven autographs, two jumbo memorabilia cards and one diamond- or emerald-embedded card in every pack. No card will be numbered to higher than 25 copies and collectors will be able to create just two base sets.

Diamond-encrusted base cards will be numbered to 20, and will be paralleled by an emerald versions numbered to five and a diamond-embedded 1/1 version.

Flawless has a tentative release in early October.

Update: Panini America has released a checklist to distributors that you can see here. 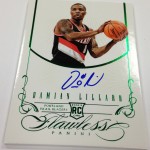 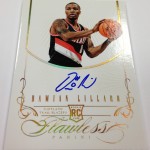 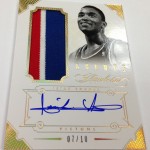 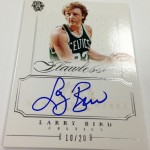 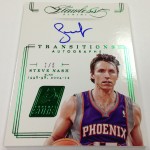 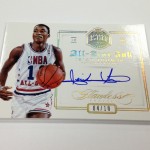 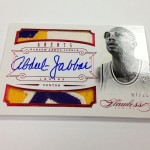 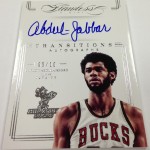 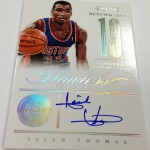 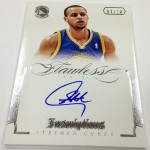 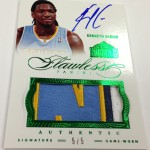 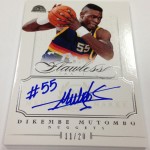 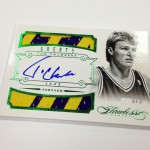