A season has passed, the patches are gone and Contenders is back.

Panini America has unveiled the first looks at 2012-13 Contenders and it’s back to the more traditional approach for the brand — no embedded patches and autographs like the release of two seasons ago — while also perhaps testing the waters with an organic design a la recent Rookies & Stars releases that utilizes a fluid approach rather than a geometric one.

Arriving in January, it will include 20 packs per hobby box and four autographs per as well. The company announced that three of those sigs will be from the double rookie class that has been utilized heavily in all of its products this year. The base set will consist of 200 cards with the 100 rookie autos and an array of inserts and parallels (Silver, Gold and Black) while a few of the insert sets will be tough pulls. Contenders’ Hall of Fame Contenders will be found one in every 20 cases, while Throwback Rookie Tickets will be one in every 13.

Autograph-wise, there will be three inserts to chase, while there will be just a single memorabilia card insert, Contenders Materials, as the company continues to pare down its game-used offerings. 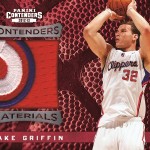 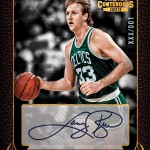 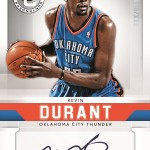 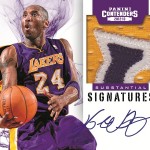 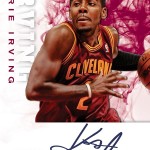 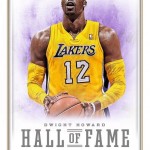