Panini America released the first glimpses at its latest forthcoming 2012-13 NBA card line on Friday, and it’s Totally Certified, which will include the return of a perhaps-controversial but strong-selling type of unique basketball card.

What is it? The Panini HRX video trading cards.

Certified took a year off as part of the NBA lockout-shortened product lineup last year but will return in November with the HRX cards and plenty of micro-etched foil madness that marked the previous year’s release. This time around, each six-pack box will include six autograph or memorabilia cards with a minimum of three sigs in each box. The 300-card base set will include a minimum of 75 Rookie Cards  each found in several colors as is expected from the brand’s popular rookie season — among them the Totally Green (/5) and Totally Black (1/1) parallels. Also included will be Rookie Roll Call inserts — autographed — along with Totally Signatures and Totally Memorabilia versions.

The memorabilia cards also will include prime and multi-color swatch versions.

That’s all for the details that Panini America released in advance for this one, so stay tuned to Beckett.com and Beckett Basketball for the latest when it becomes available. 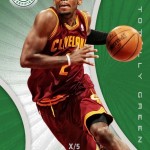 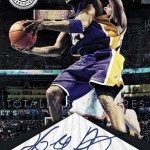 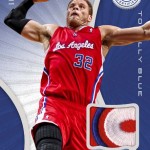 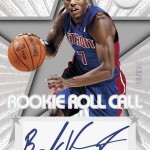 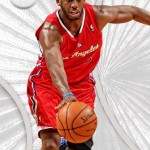 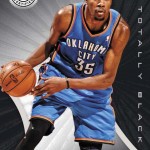 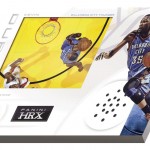