Now that the licensing deal is out of the way, the cards can be seen.

Just hours after Panini America unveiled its licensing deal with the National Baseball Hall of Fame, it pulled back the curtain on the first product that will be utilizing those Hall of Famers to the Nth Degree.

And that’s Prime Cuts, which is scheduled to arrive on March 15.

Labeled as a 2011 product, this high-end line will include two autographs, two memorabilia cards and one additional auto or mem card in every pack. Among the offerings are 1/1 Barrel Up bat barrel cards, Legends Jumbo Cut Signature booklets, Significant Signatures, Icons, Colossal jumbo swatches and Notable Nicknames, which will include inscriptions along with autographs.

Among some of the other notable autographs to be found in this won will include Ken Griffey Jr., Yogi Berra, Whitey Ford, Pete Rose, David Ortiz, Nolan Ryan, Duke Snider, Josh Hamilton, CC Sabathia and more. 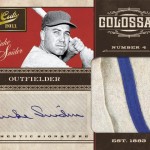 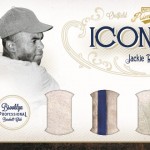 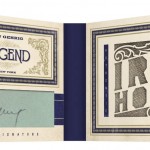 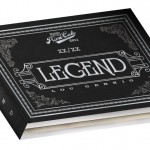 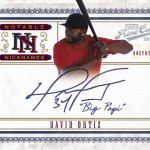 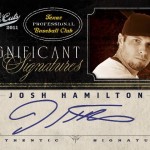 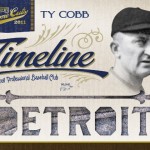 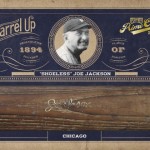