If you thought the fireworks during Daytona weekend were all that there was for NASCAR news in July, you’re wrong.

Press Pass has released the basic set information and preview images for its 2011 Main Event set, a product with some new features that will arrive on Sept. 28.

Among the autograph cards are Main Event Marks and Main Event Matchups duals, which feature drivers who finished first and second in races this year.

Among the memorabilia offerings are Gloves Off (glove cards), Lead Foot (shoes), Headliners (hats) and Main Event Materials, which include a jumbo swatch of other memorabilia including pit signs, window nets and more, according to Press Pass.

The box-topper parallels include Reds (limited to 25) and Greens, which are 1/1s. Finally, the product will include an insert set highlighting the 20th anniversary of Joe Gibbs Racing in NASCAR. 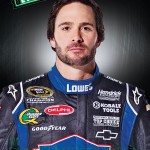 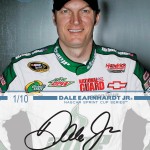 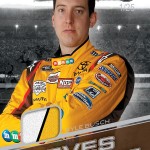