Panini America unveiled its newest forthcoming baseball card product under its MLBPA licensing deal on Thursday, and it’s one that a few collectors might remember from the Donruss days.

Set to arrive late next month, it will be branded as a 2011 product and include three autograph or memorabilia cards per pack with each 15-pack case including an average of 43 autographs, according to the company. First arriving in baseball back in 1994, Limited was a bit of a staple for the former Donruss/Playoff company, which included releases all the way until 2005. Since Panini purchased Donruss and its portfolio, the brand has lived on in each of its other sports — football, basketball and hockey.

Base cards will be numbered to just 249 in this high-end brand, which also will include cards including pieces of real gold and silver as well as memorabilia cards of unusual types — batting helmets and buttons to name a couple. It also will include a 30-card Historical Cuts autograph set including notable names from baseball, entertainment and politics. Notables there? George Steinbrenner, Ben Hogan, Lucille Ball and boxer Jack Johnson.

Other inserts will include Rawlings Gold Gloves Signatures — cards with a piece of 14-karat gold as well as an autograph. Meanwhile, Silver Slugger cards will include pieces of silver along with autographs.

Some of the notable legends in this one? Lou Gehrig, Ty Cobb, Jimmie Foxx and Joe Jackson — most possible because of the company’s recently signed deal with the Baseball Hall of Fame. 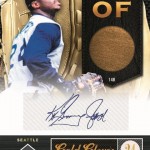 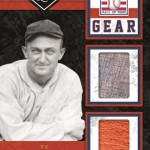 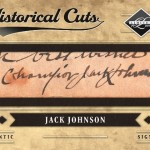 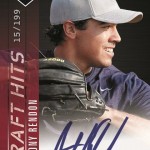 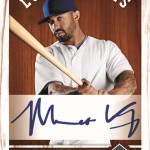 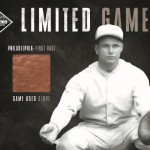 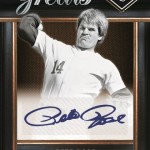