Sterling will pack two autographs, one Relic one Rookie Card and one prospect card in every pack when it arrives on Dec. 21.

New to the brand will be Canary Diamond 1/1s, while the typical array of Refractors (Red, Purple, Black, Gold and standard) will be included for the prospects autographs and for the dual autographs.

The USA Baseball presence in the product will include players from the Collegiate National and 18U National teams, while also in the set will be MLB Rookie Cards of Eric Hosmer, Dustin Ackley, Mike Moustakas and more. Also new this year will be Rookie Relic cards — game-used and patch cards for players with the RC logo.

The Rookie Card portion of the basic set will consist of just 50 cards while the prospects checklist has not yet been finalized. Each of those sets will include printing plates, 1/1 Canary Diamond and 1/1 Red Refractors along with the other aforementioned colors of Refractors. 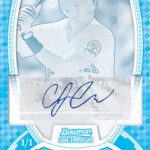 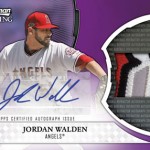 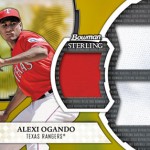 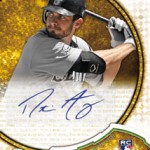