Earlier this week, Panini America unveiled a seven-card preview of 2011 Absolute Memorabilia Football. Drawing positive comments and praise in the Knight’s Lance post, the manufacturer seems to be building generally joyous suspense for its September release. Speaking to the most praiseworthy components of the brand, Panini’s Ben Ecklar noted, “It’s no secret that last year’s Absolute Jumbo Patch insert was one of the most stunningly good-looking game-worn memorabilia sets of all time. Well, it returns in all its glory in 2011, but with added levels of collectability and cool with the Jumbo NFL Shield version.” NFL Shields and NFL Shield Signatures are limited to five or less.

Other touted treasures in 2011 Absolute Memorabilia include:

Prepare for product odds  and a picture show after the break. 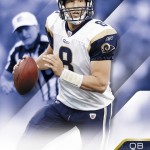 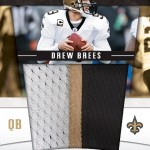 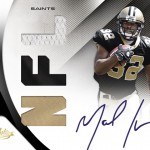 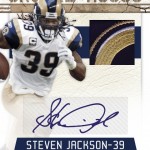