Non-Sport Update Magazine has a limited edition variant issue of its new December/January issue that’s being offered initially at the MCM Birmingham Comic Con in England. Not only does the special issue have a different Rogue One cover but it also has an exclusive 2016 Topps Star Wars: Rogue One Mission Briefing promo card. The card is not available anywhere else. 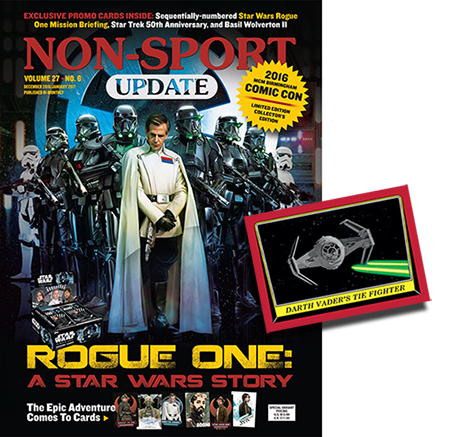 Numbered P1, the card features an image of Darth Vader’s TIE Fighter. It maintains the same design as the Mission Briefing base set, which is based on 1983 Topps Return of the Jedi. The promo card is also serial numbered to 999 copies. 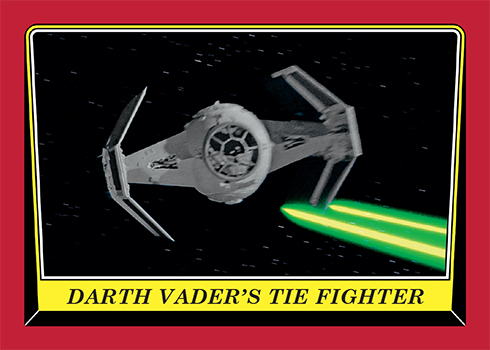 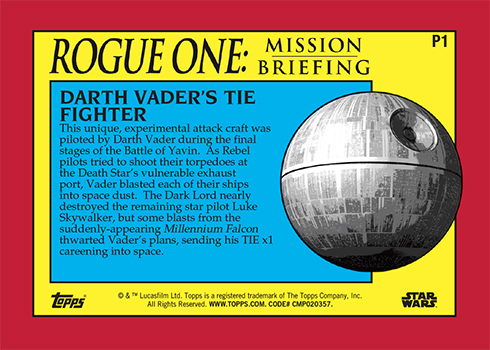 The contents of the NSU variant issue are the same on the inside. Besides the cover and the additional promo card, everything is identical. The variant still comes with the regular issue’s promo cards as well.

For those who can’t make it to Europe for the show, a limited number are available online. The cost is $12.99.

Put together, the two covers offer a look at the Rebel and Empire forces in Rogue One. The regular cover highlights Jyn Erso and her group while the variant focuses on Director Krennic and the Dark Side. 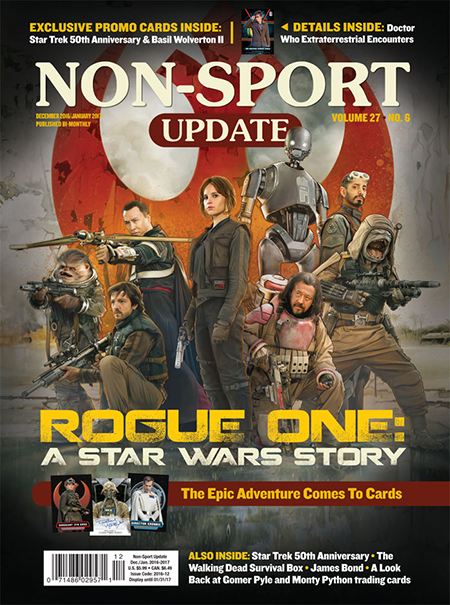 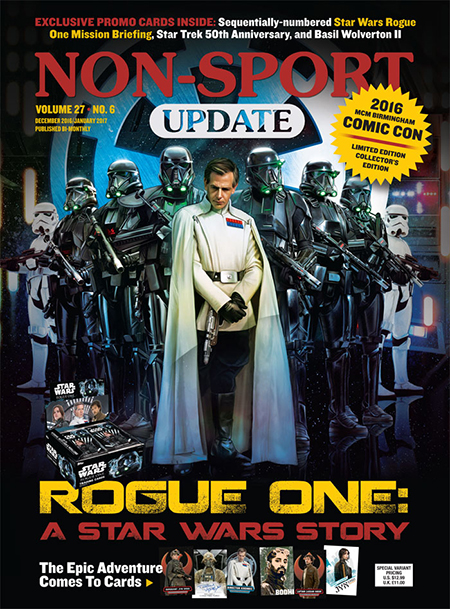