Topps has been including actor autographs in their sets of Star Wars trading cards for nearly 20 years. In that time, the vast majority of key stars have signed — even with an ever-expanding universe of films and TV shows. A couple of gaps are about to be filled. The card maker announced via Twitter some new signatures coming to sets in the coming months. 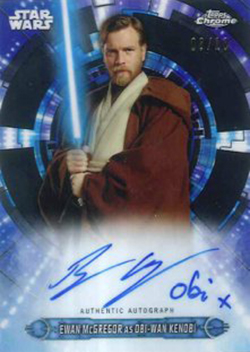 Headlining the list is Ewan McGregor, who took the role of Obi-Wan Kenobi in the prequel trilogy. Since his breakout role in Trainspotting, McGregor has found both critical and commercial success. His other films include Moulin Rogue!, Black Hawk Down and Big Fish.

A couple of other new signers come from some of the most recent Star Wars films. Alden Ehrenreich was the lead in Solo, offering up a young spin on Han Solo. 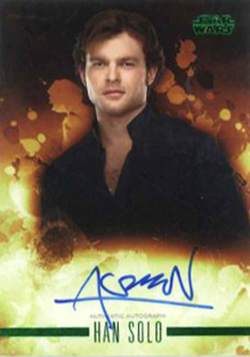 There’s also The Last Jedi‘s Kelly Marie Tran who plays Rose Tico. She’s in The Rise of Skywalker as well. 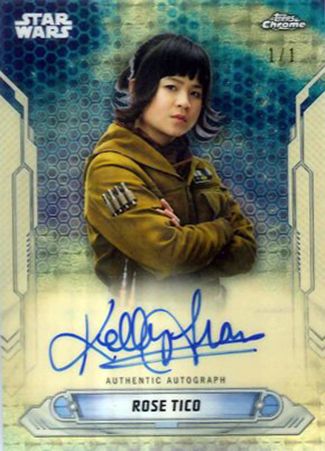 McGregor, Ehrenreich and Tran are all making their certified autograph card debuts in the coming months.

Topps also announced that Jar Jar Binks actor, Ahmed Best, is signing new autographs. Prior to this, the only set he signed for was 2002 Topps Star Wars: Attack of the Clones Widevision. 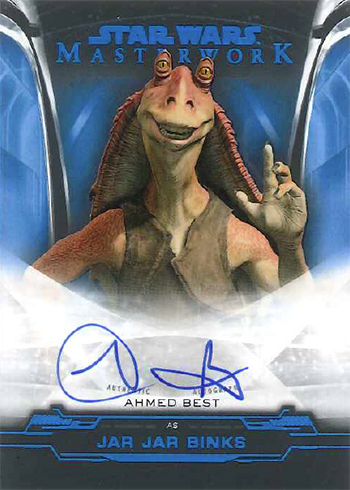 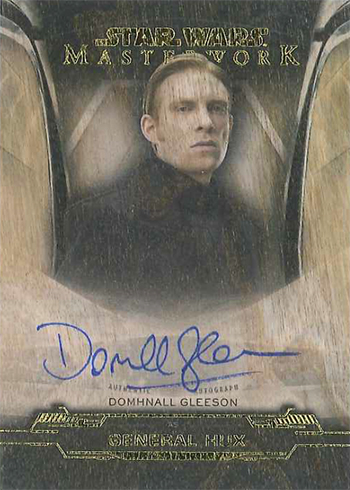 2019 Topps Star Wars Chrome Legacy, Masterwork and Stellar Signatures are among the products to have the new and returning signers.