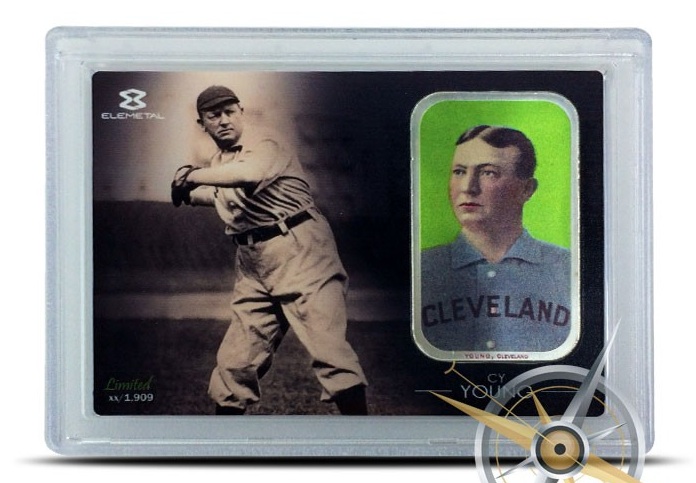 Elemetal, a Dallas, Texas-based company that has fused precious metals along with sports cards, has its second subject in its line of T206 Silver Bar Baseball Greats series and it’s Young, the legendary pitcher who won 511 games in 22 seasons before he was one of the first inductees to the Hall of Fame in 1939.

It’s the second offering from the company, which launched its series with a Honus Wagner one troy ounce .999 pure OPM silver bar combined with a rendition of the famed tobacco card — all encased in a tamper-proof case — back in December. 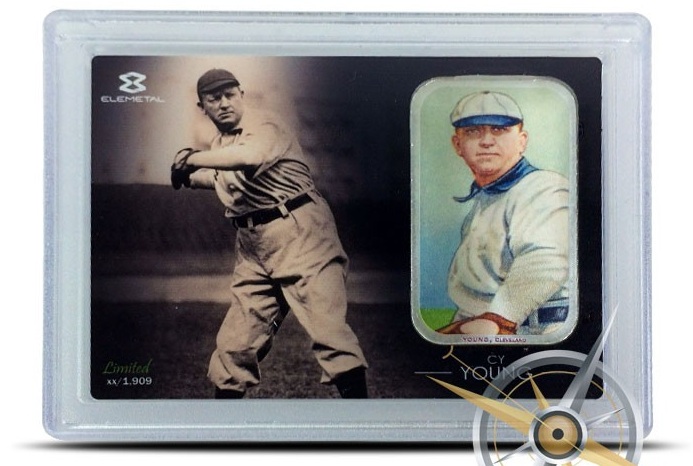 This time, there are three Young bars to chase among the 1,909 total made — the green portrait version of the three is short-printed, while an even rarer “Boston” version is limited to only 10 copies.

The Wagner collection included three individual short-prints — bars 201, 204 and 206 had Pittsburgh spelled with an “H” unlike the original card.

Christy Mathewson will be the next player offered by Elemetal, while the Young bars carry a suggested retail price of $89.95.