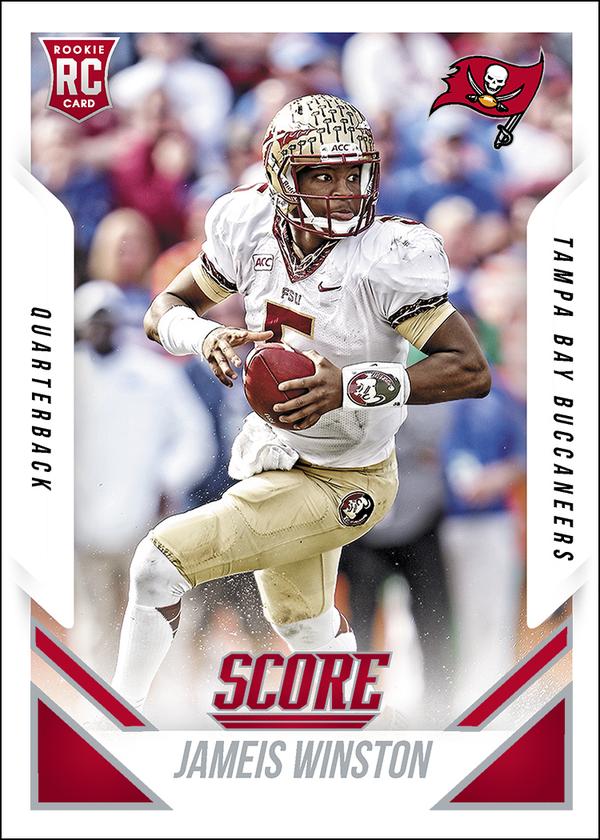 The first pick is in — and his first Panini America card has been revealed.

We’ll update this post with more Draft Day card images in real time as they are called this evening and offer two cents about a player’s potential. Tell us what you think of the draft so far in the comments below. (You can see all of the players’ current pre-draft cards and values at the links.)

No surprises here — now we just have to see how things shake out on (and off) the field. 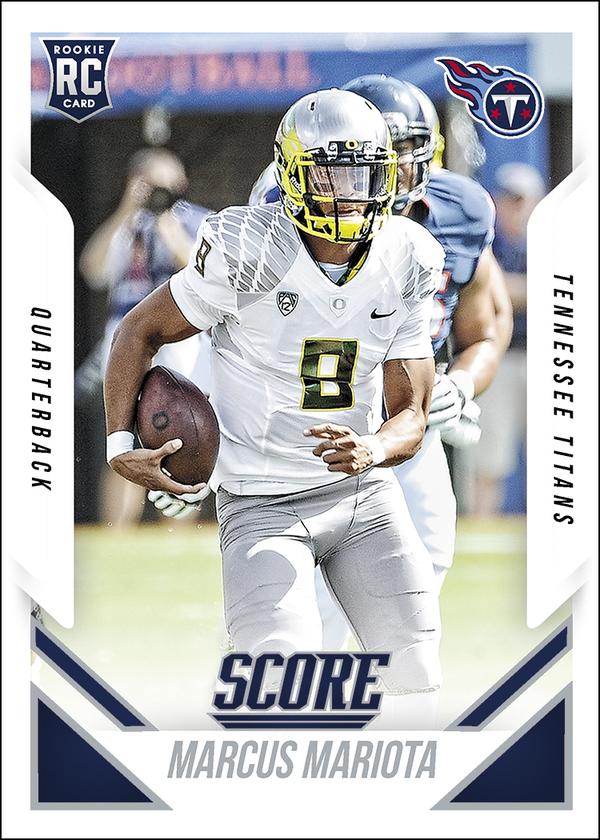 The Titans have drafted QBs often in the last few years. Let’s hope this one sticks. 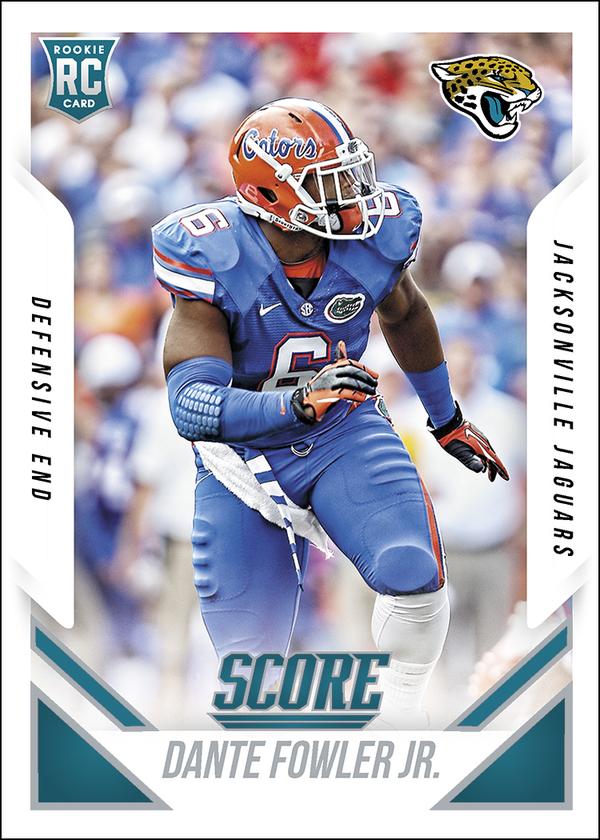 Hopefully the home-state fans and collectors appreciate some tenacious D. 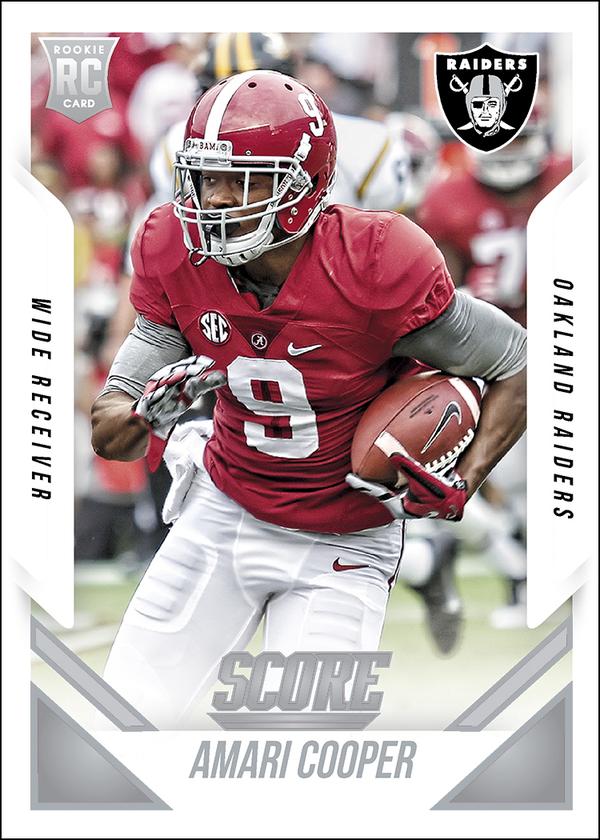 Derek Carr has a target — and the Raiders have yet another strong WR in the mix. 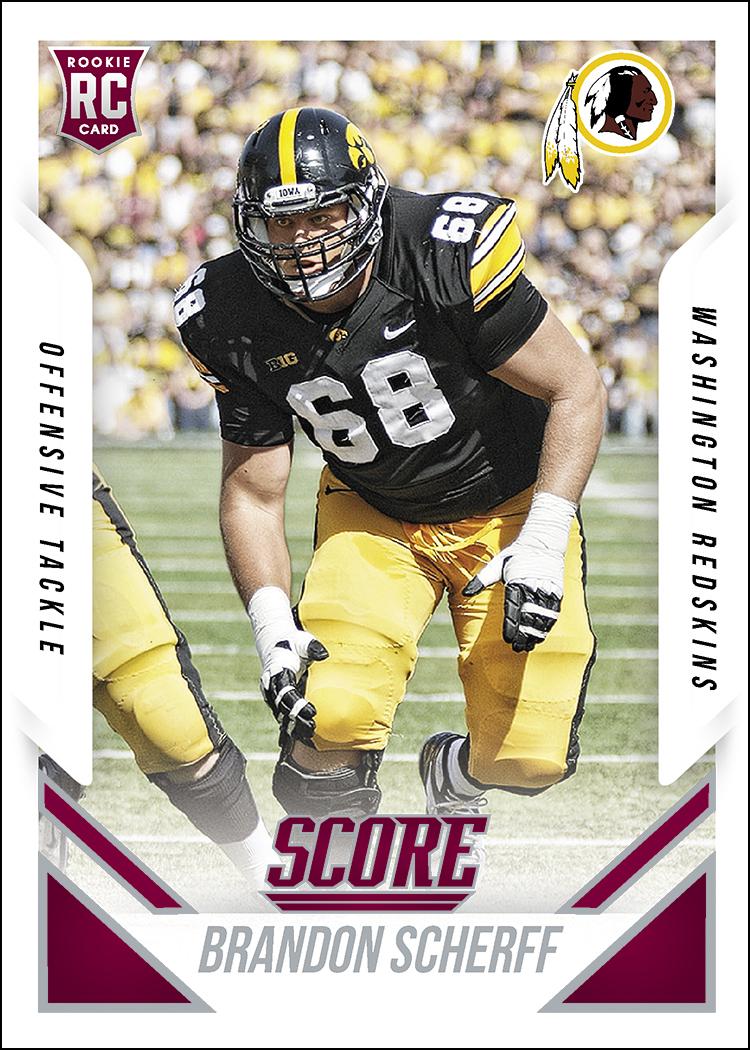 A lineman will help the quarterback problems in Washington, right? Not sure collectors will latch on here. 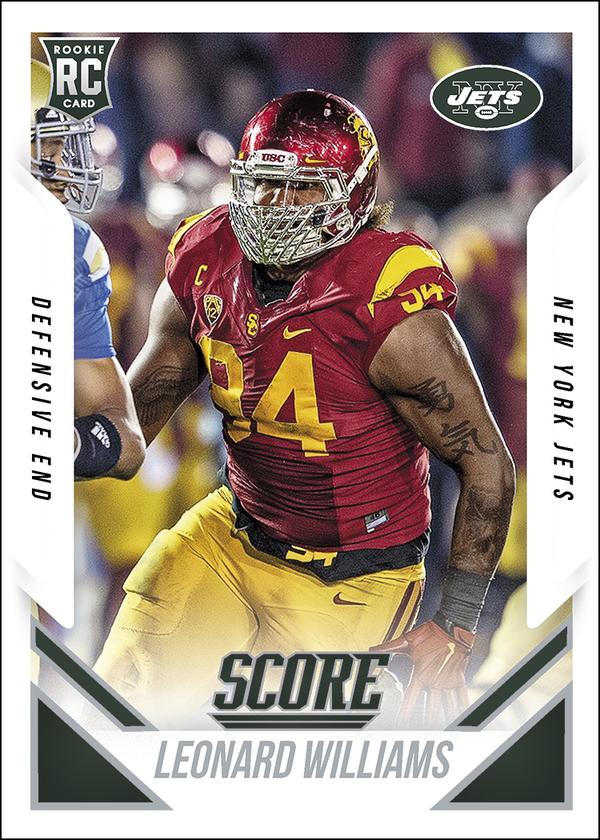 While people love to focus on the Jets offense, this guy could be a formidable player on defense. 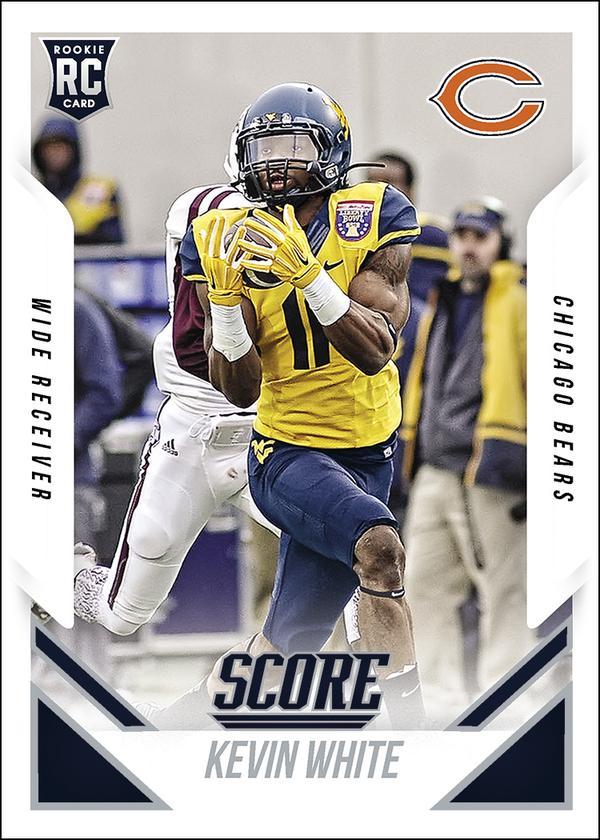 Jay Cutler has a new toy — and collectors just might see some potential here. 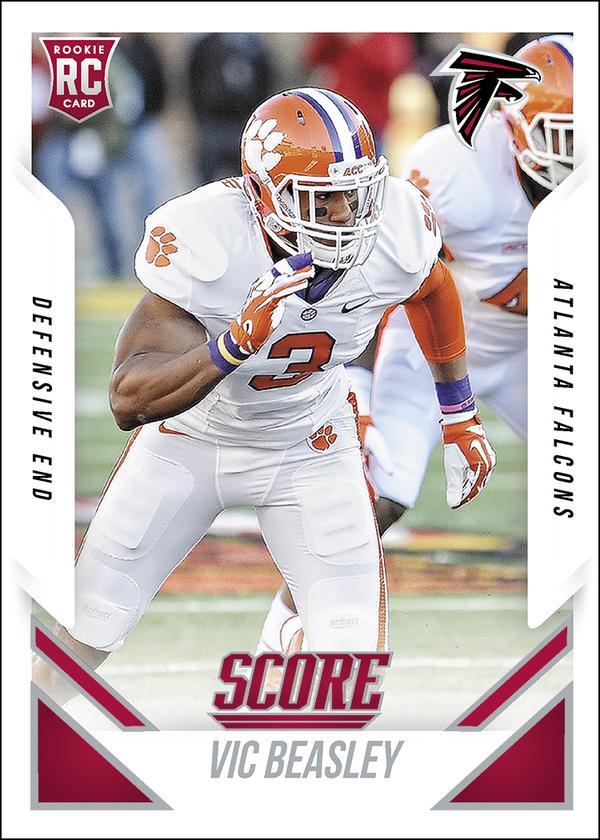 Defense might win championships, but selling cardboard is different. Could happen here. 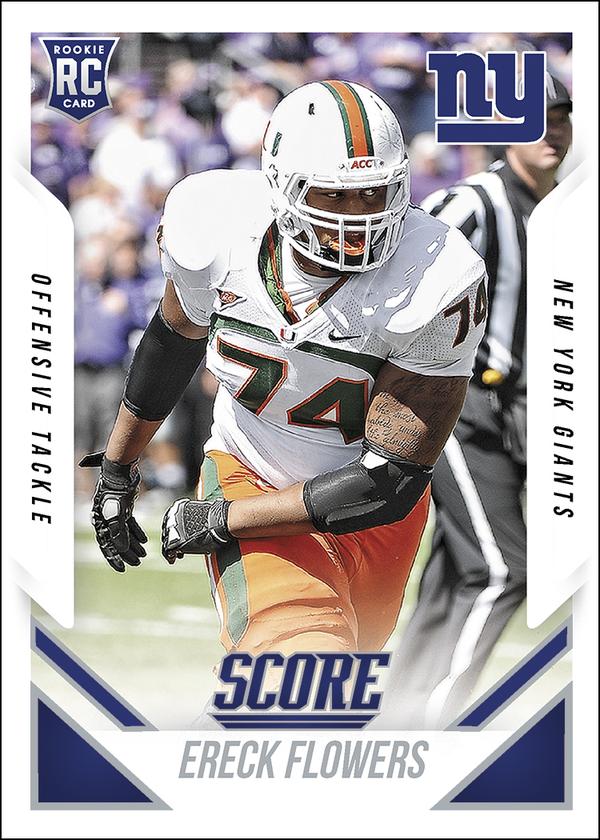 Eli has a new lineman and collectors will still focus only on the Giants’ young receivers. 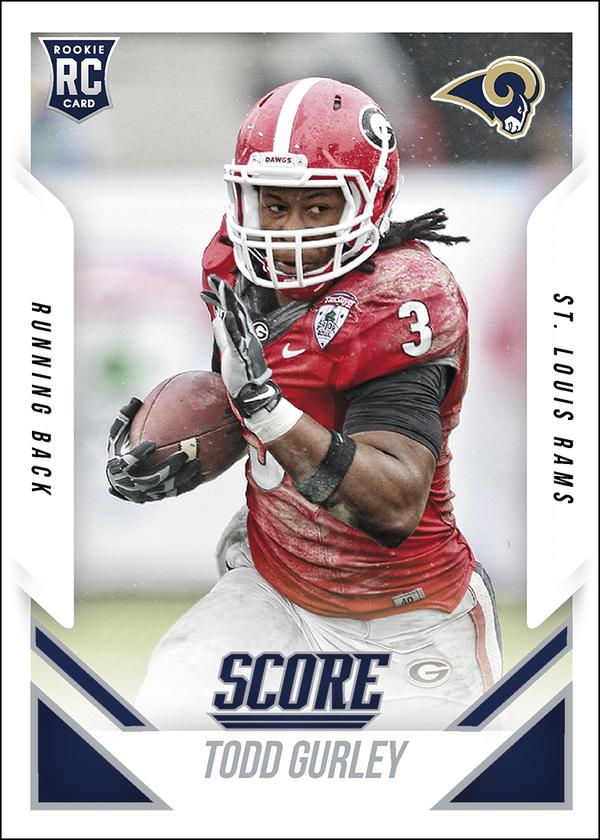 His autographs might be plentiful now — they’ll be even better if he’s anything like two famed Rams RBs from the past (Faulk and Bettis). 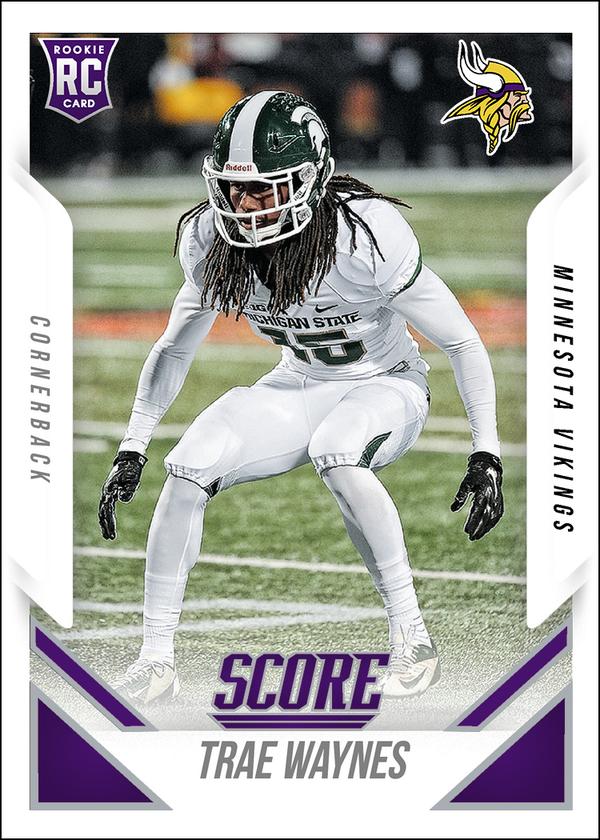 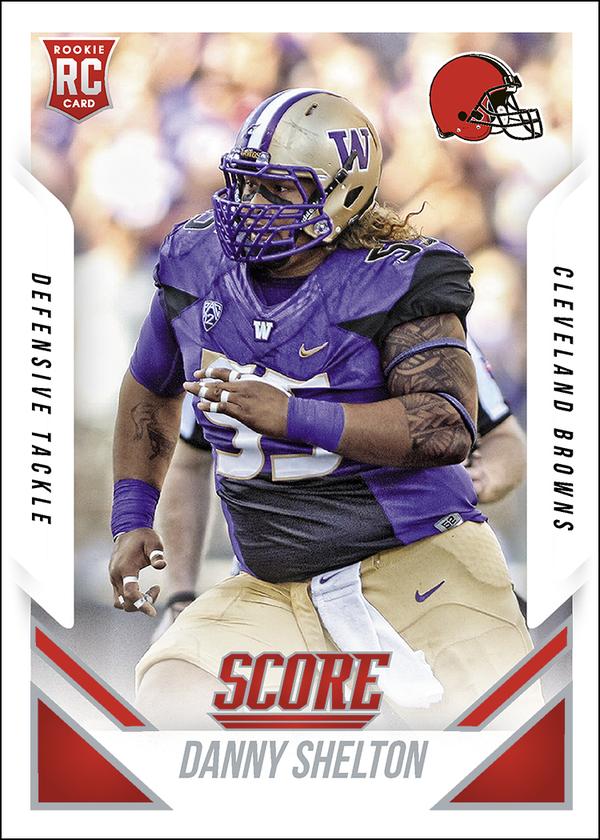 We’ll still all focus on Johnny Football and all that … Shelton may go under the radar then, right? 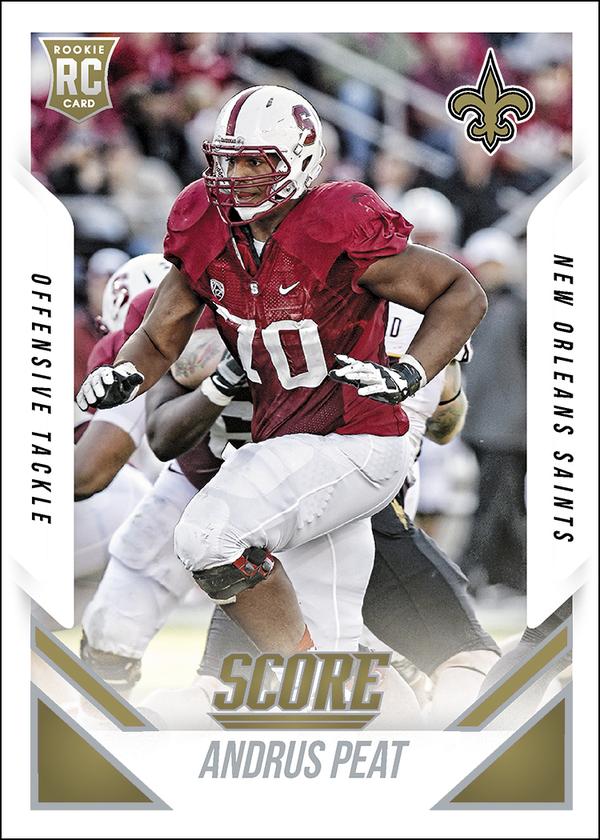 His coach had plenty good to say on the NFL Network. Sounds like this is a guy with some potential. 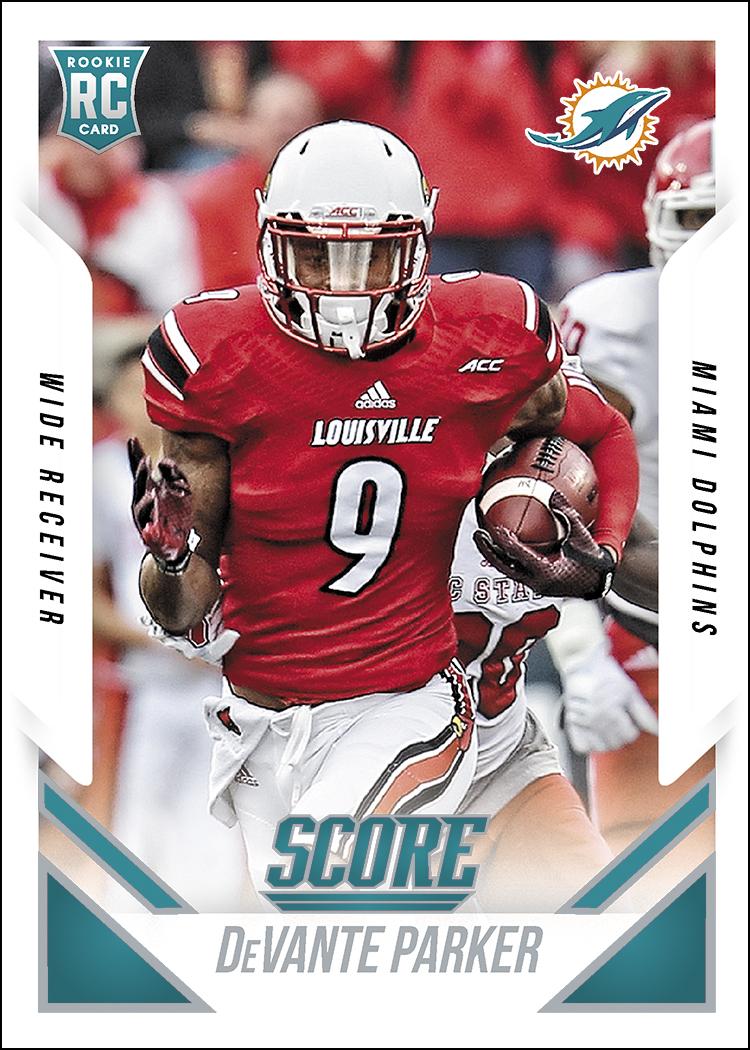 Teddy Bridgewater’s past target gets a quarterback who loves to huck it and chuck it. Win. 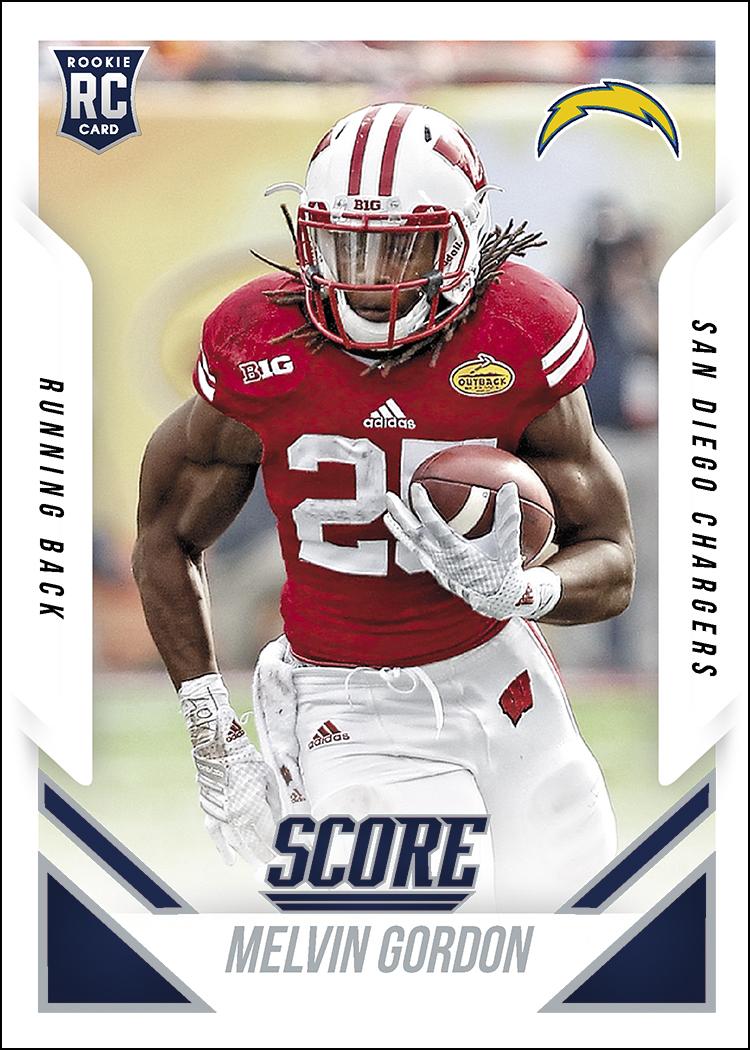 The 49ers traded their pick to rise two spots and the Chargers took a solid RB. Haven’t we seen RBs go here before? 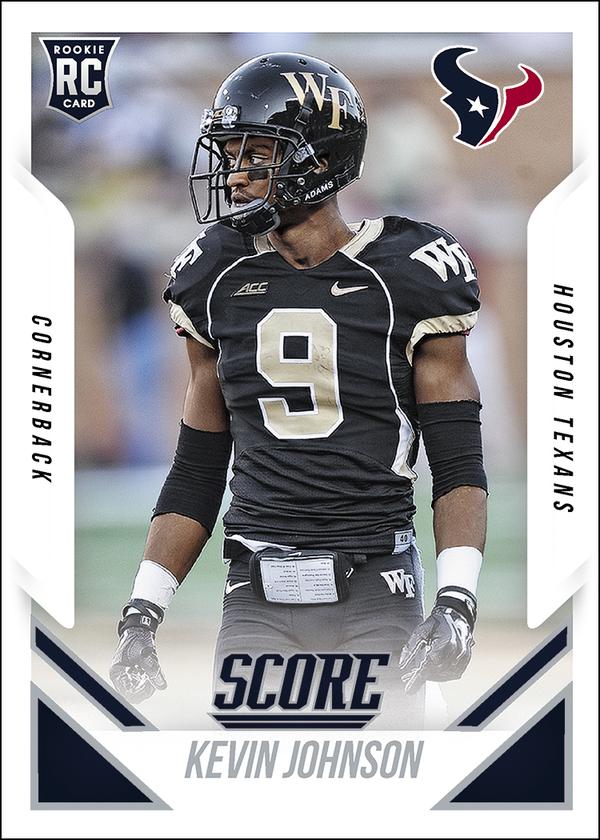 This Demon Deacon has the full package, but DBs rarely spark collector interest. Maybe in Houston? 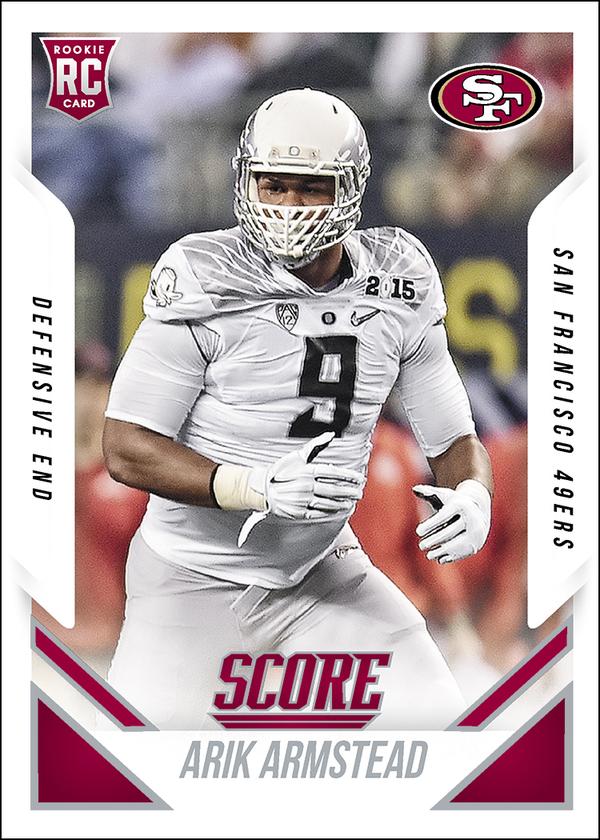 They traded down and took this big man, which might be good for him. The 49ers’ defensive stars have been hobby favorites at times. 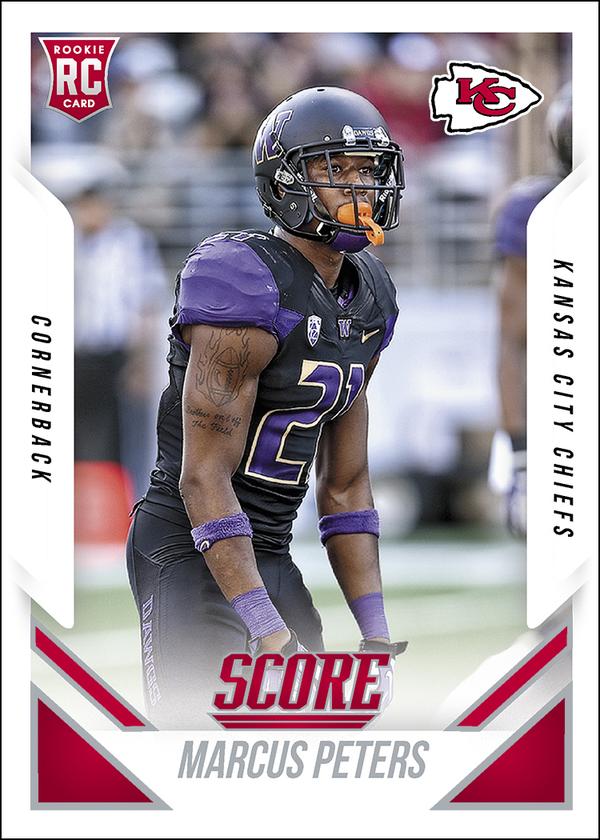 The Chiefs took him despite him getting the boot off his college team. New start on a new team, right?

Vontae Mack, right? Ok, maybe not … but a fictional character might fare better than some of the Browns’ drafted first-round duos in recent years. On cardboard, nothing will happen with an offensive lineman. 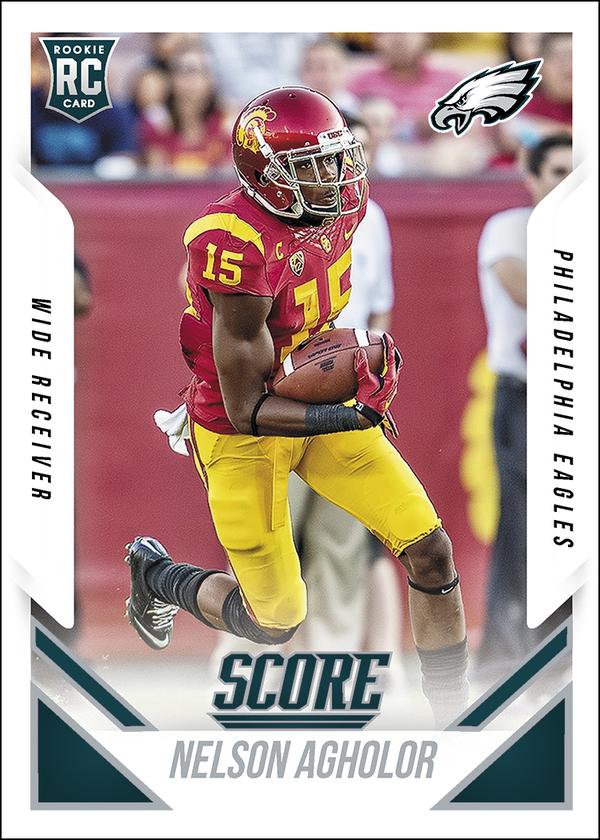 A USC receiver will get a lot of attention here — just not as much as the quarterbacks and the coach. Definitely has hobby potential, though.

A Texas A&M lineman coming off an injury — not much hobby focus coming here. His first cards came back in 2010 with U.S. Army All-American releases. 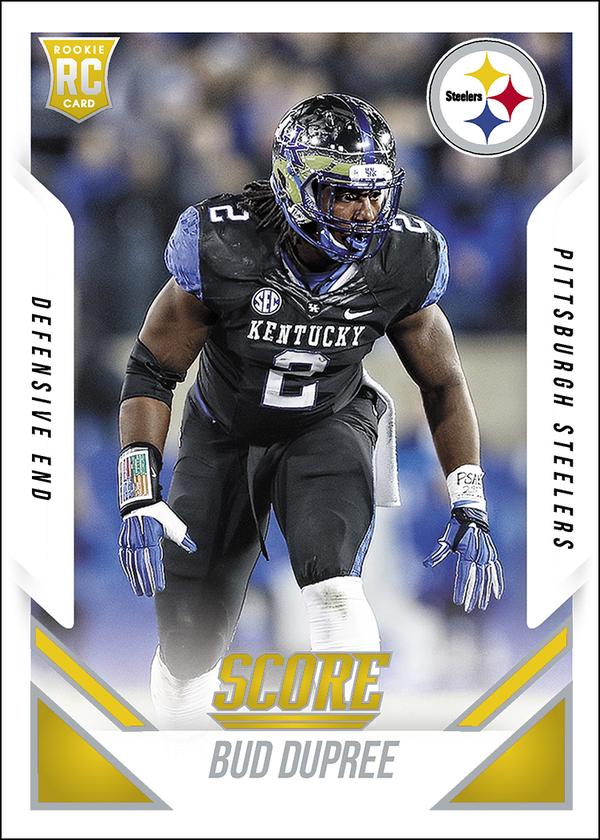 “A big, strong freakish athlete” according to one NFL Network analyst. Collectors like these types — and the Steelers are a team that’s collected. Oh, and his real name is Alvin, bud. 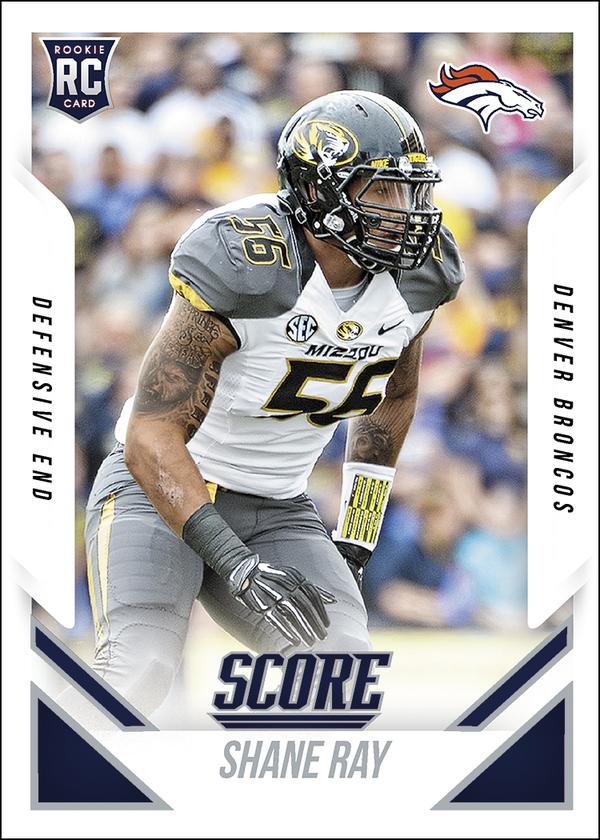 The team traded up several spots to take the SEC Defensive Player of the Year.

An offensive lineman might help some of the players on an offense with its ups and downs. 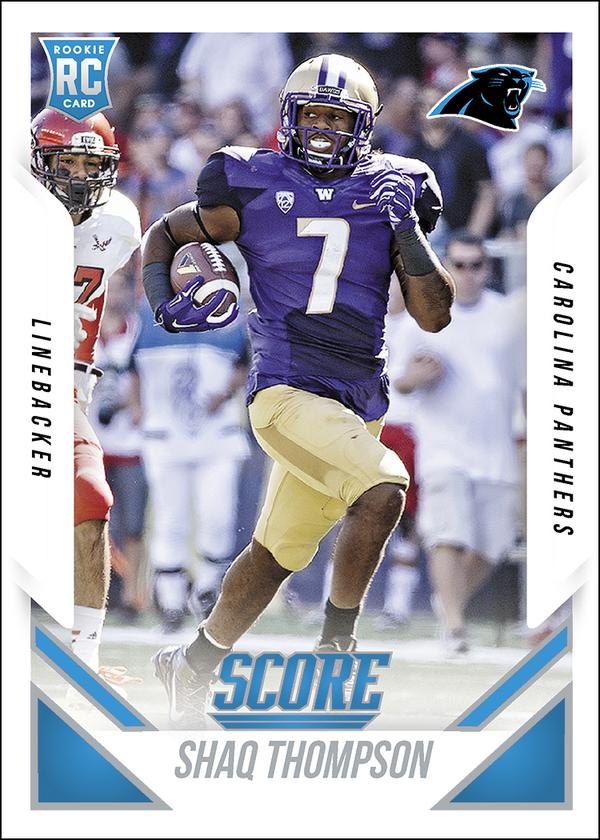 Analysts were impressed with this pick as the Panthers dropped down to get a player they wanted that could have gone later. A memorable name might help draw collectors to him, too. 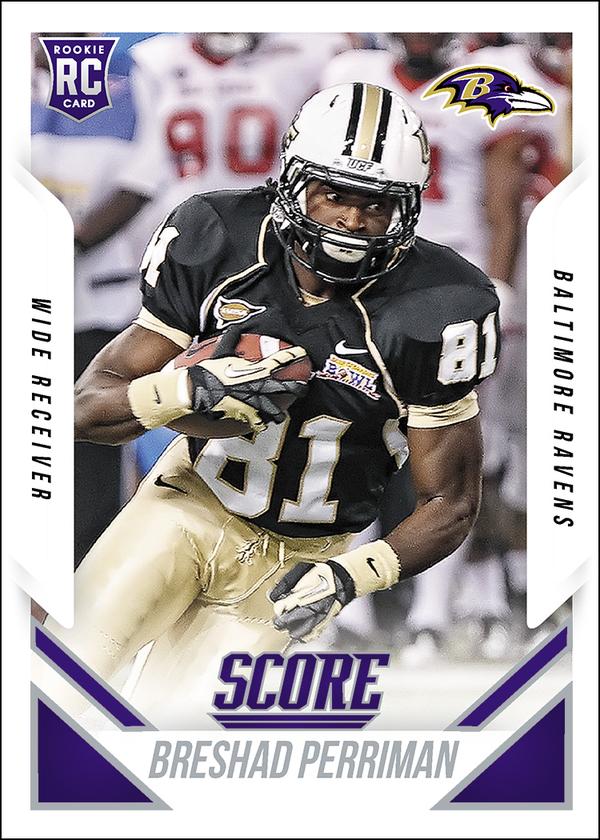 A speedy receiver going to a team known for its defense that the NFL Network compared to Andre Johnson. That’s a win on cardboard if he plays well. He doesn’t yet have any cards for Ravens fans to chase.

Jerry Jones didn’t find a running back. Instead he took a corner. That won’t fill the collecting void in Dallas.

This Duke “people mover” could have gone lower, according to some NFL Network analysts, but he’s joining a strong offense. Collectors might not care. However he also wants to be a doctor after his NFL days are over — so some collectors could. He’s also the first Duke first-rounder since the 1940s. 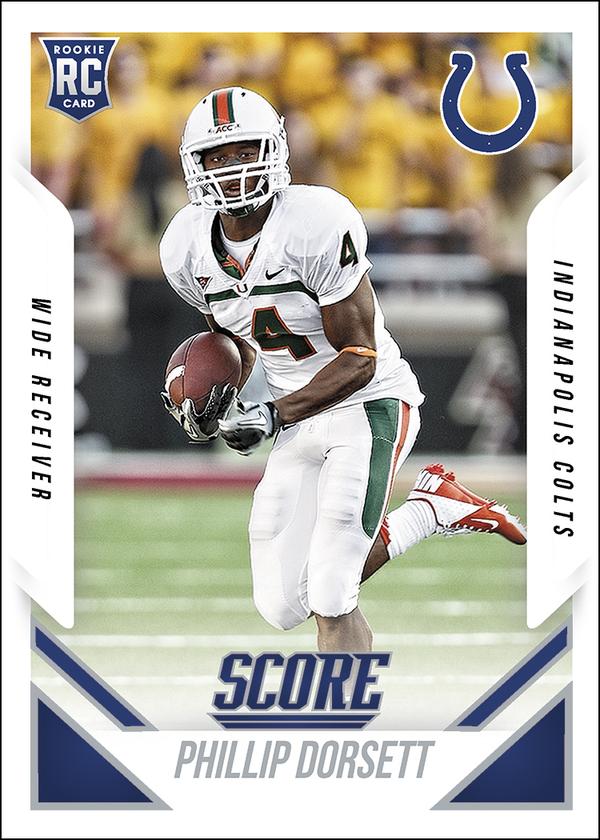 Andrew Luck gets a new, speedy target from a popular and successful program. Could be a win on cardboard depending on how things go.

A speedy coverage guy might get noticed more playing for a heavily collected team. Right now, he has just a single card.

This pick came in the Jimmy Graham deal and gives the pass-happy Saints some added talent on defense. Will collectors latch on? We’ll see. 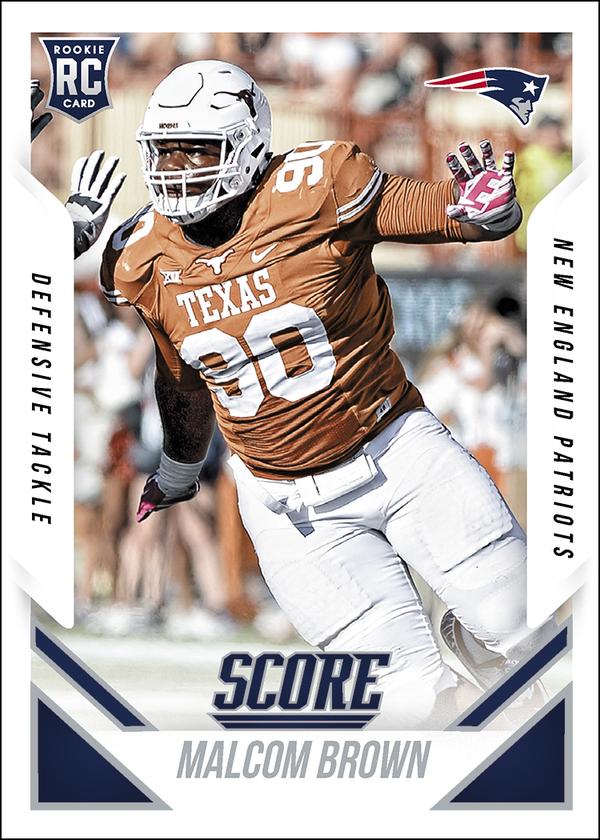 Last but not least, a Texas Longhorn goes to Bill Belichick’s empire. Collectors might chase him some in his first season if he’s a strong contributor.

It only took Marquis Grissom 25 years ...